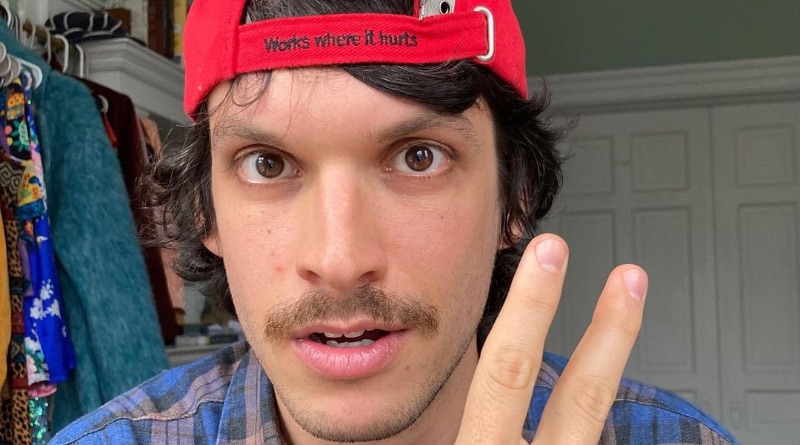 Turns out, Bennett Kirschner needs a hand from Married at First Sight watchers. Recently, Bennett asked viewers to send him pictures of them wearing hats. Amelia Fatsi’s husband always has some project in the works. And he regularly asks his followers for their input.

In addition to being a fun project, it’s also a great way for Bennett Kirschner to keep in touch with and interact with fans. And because the Married at First Sight pair are favorites from Season 11 in New Orleans, viewers often look forward to what Bennett will share next. In this case, he wants more hat photos from his fans.

Bennett Getting in on the Action

As any viewers that follow Bennett Kirschner know, he doesn’t ask his fans for anything he doesn’t do himself. So whenever he comes up with a new prompt and asks fans for submissions, he usually shares a picture of himself doing whatever he asks for. In this most recent case, he shared a Married at First Sight picture of himself – wearing a Tiger Balm hat.

As viewers know, Bennet Kirschner recently made a vision board for his new job. And he likes to get crafty and creative. So it’ll be interesting to see what he comes up with once he gets this latest batch of submissions from fans.

Bennett Kirschner seems to thrive since moving to Virginia to be closer to his wife, Amelia Fatsi. Bennett has an easy-going temperament. And he seems to get along with everyone he meets. Meanwhile, his approachable demeanor seems to be paying off career-wise as well.

Bennett excels at his job, working for a solar energy company. And he regularly encourages fans to message him so he can tell them how much money they could be saving. Meanwhile, along with helping customers cut back on their bills, it’s also a way to help the environment as well. So in a lot of ways, it’s a win-win for all.

Either way, it seems Bennett Kirschner and Amelia Fatsi settle nicely into their lives in Virginia. And that’s great news all around for fans of the Married at First Sight pair.