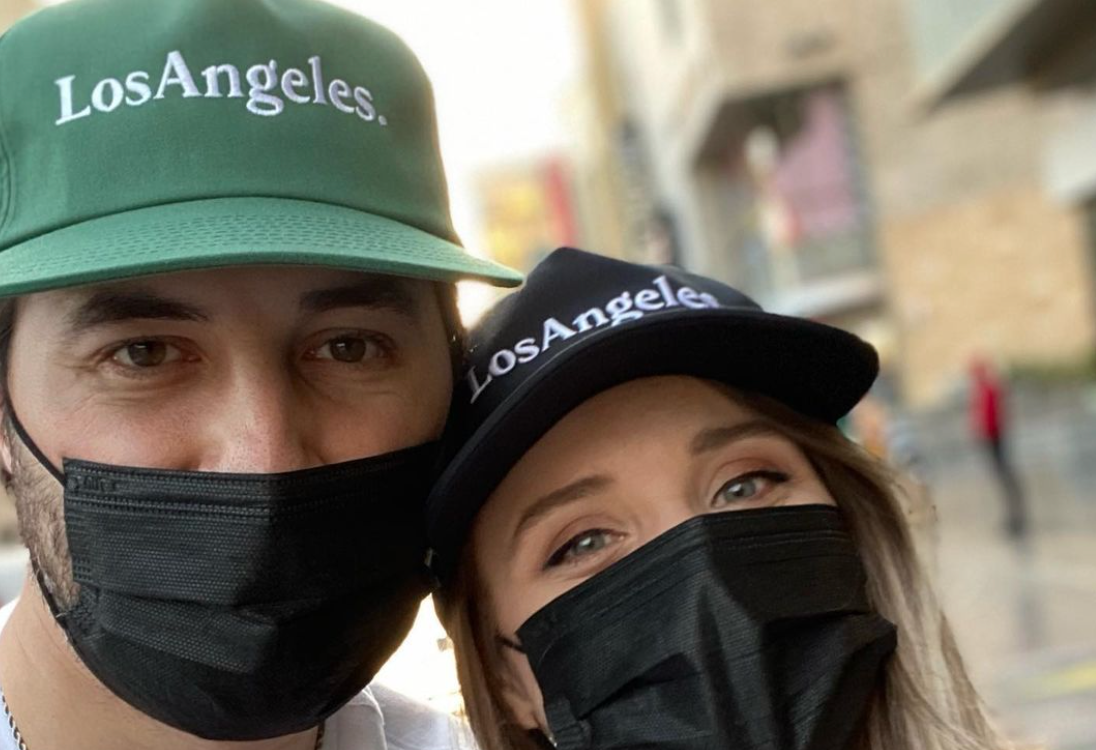 Counting On stars Jinger & Jeremy Vuolo may be trying to keep their kids out of the public eye. Fans have noticed that the couple seldom shares photos of their kids anymore. Now, fans are begging to see photos of the girls, but the parents aren’t speaking out about the change in their social media usage.

The couple tied the knot on November 5, 2016. In their nearly five years of marriage, the couple has had two daughters. In between their daughters, Jinger sadly had a miscarriage. Their eldest daughter, Felicity, is two years old. Their baby, Evangeline, is four months old.

Since Felicity was born, the couple’s social media pages were filled with photos of the little one. Many of their posts featured Felicity, and fans loved it. Duggar fans enjoy following the family members on social media, especially when new episodes of Counting On aren’t airing on TLC. But now, fans can’t keep up with Jinger, Jeremy and their daughters the way they used to.

Fans wonder why the kids aren’t on social media.

When Evangeline was born, both Jeremy and Jinger shared a few photos of her. Jinger’s most recent photo of the baby’s face came on November 28. Since then, the couple seldom posts photos of their kids. Now, when they do, the kids’ faces are hidden. One photo features Jinger holding the baby, but the baby’s face isn’t visible.

In another post, from January 27, 2021, Felicity is walking down the sidewalk. The photo that Jinger shared only features Felicity’s back and now her face.

Jinger & Jeremy Vuolo have still been active on social media themselves. They share plenty of pictures of themselves and each other. They simply aren’t posting pictures of their kids’ faces on Instagram.

Naturally, fans who love seeing pictures of the kids are curious about what changed. In the comments sections of the couple’s posts, fans are now questioning them and want to know when they will share new pictures of Felicity and Evangeline.

Fans speculate about the lack of photos from Jinger & Jeremy Vuolo.

Since Jeremy and Jinger haven’t spoken out themselves, fans are starting to come up with their own explanations for the lack of photos of the kids. In the comments sections of the posts, they are exploring the possibilities.

Some fans think the family simply desires more privacy. Jinger and her siblings grew up in the spotlight, so maybe she wants to give her kids a different life. This then raises the question of whether the kids will be on Counting On.

Other fans think that Felicity might be going through a phase where she doesn’t want to have her photo taken. She’s two years old and might be stubborn about pictures. This doesn’t explain why Evangeline wouldn’t be photographed though.

One fan points out that the couple might be trying to protect their children from “creepers.” There’s a chance that the wrong people could see Jinger and Jeremy’s posts, especially since Jinger has 1.4 million followers.

Some have speculated that something is wrong with the baby. Perhaps she has a medical condition that the couple doesn’t want to talk about. Or maybe the couple is trying to avoid the negative comments they often receive about their parenting choices.

Since the couple hasn’t shared the reasoning for their decision publicly, it’s difficult to know for sure what’s going on. They seem to be keeping their kids off social media for the time being, and it’s unclear if that will change.

So, what do you think of Jinger & Jeremy Vuolo not posting photos of their kids? Are you concerned? Let us know in the comments below.