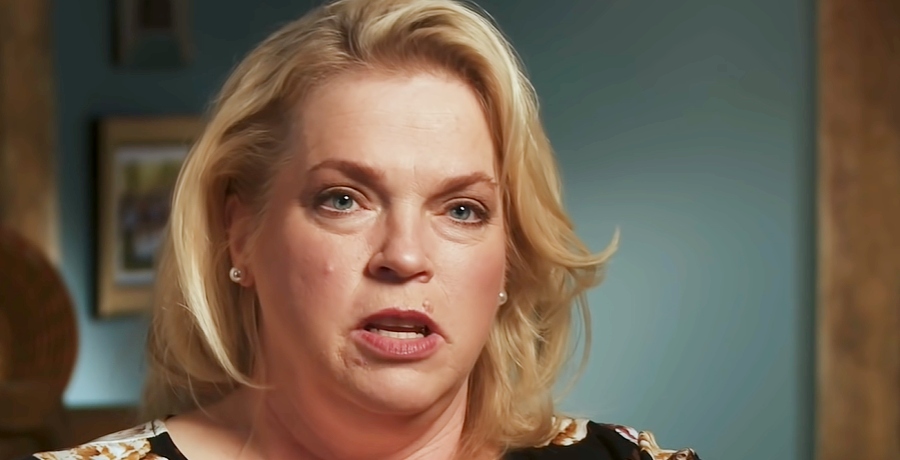 Janelle Brown shared a somewhat alarming selfie on Instagram today as she revealed new episodes of Sister Wives had fans concerned about her skin cancer. She admits she’s received several concerned messages about the growth on her lip since the new season kicked off. Was she alright? Janelle Brown decided to seize the opportunity to raise awareness on skin cancer. Moreover, she would calm the fears of her concerned fans.

“Many of you have been noticing and reaching out to me about the blemish above my lip in the new episodes. I am posting this picture hopefully for awareness.” Janelle Brown explains at the start of a very lengthy caption.

I started to see what looked like a scar develop in an area on my lip where all of my cold sores for the past two decades have erupted. At first I thought it was a new cold sore forming but then it never developed and just stayed . Over the next year or so it slowly increased in size. I started treating it with every scar medication I could find, thinking it was my body reacting to the years of trauma to that area of my face.”

In hindsight, Janelle Brown now recognizes going to the doctor and letting them have a look would have been the better approach. And, that is largely why she shares her story. She hopes if her fans have some unusual growth on their skin somewhere… They will just go to the doctor. Because skin cancer doesn’t necessarily hurt. And, it is better to be safe than sorry. 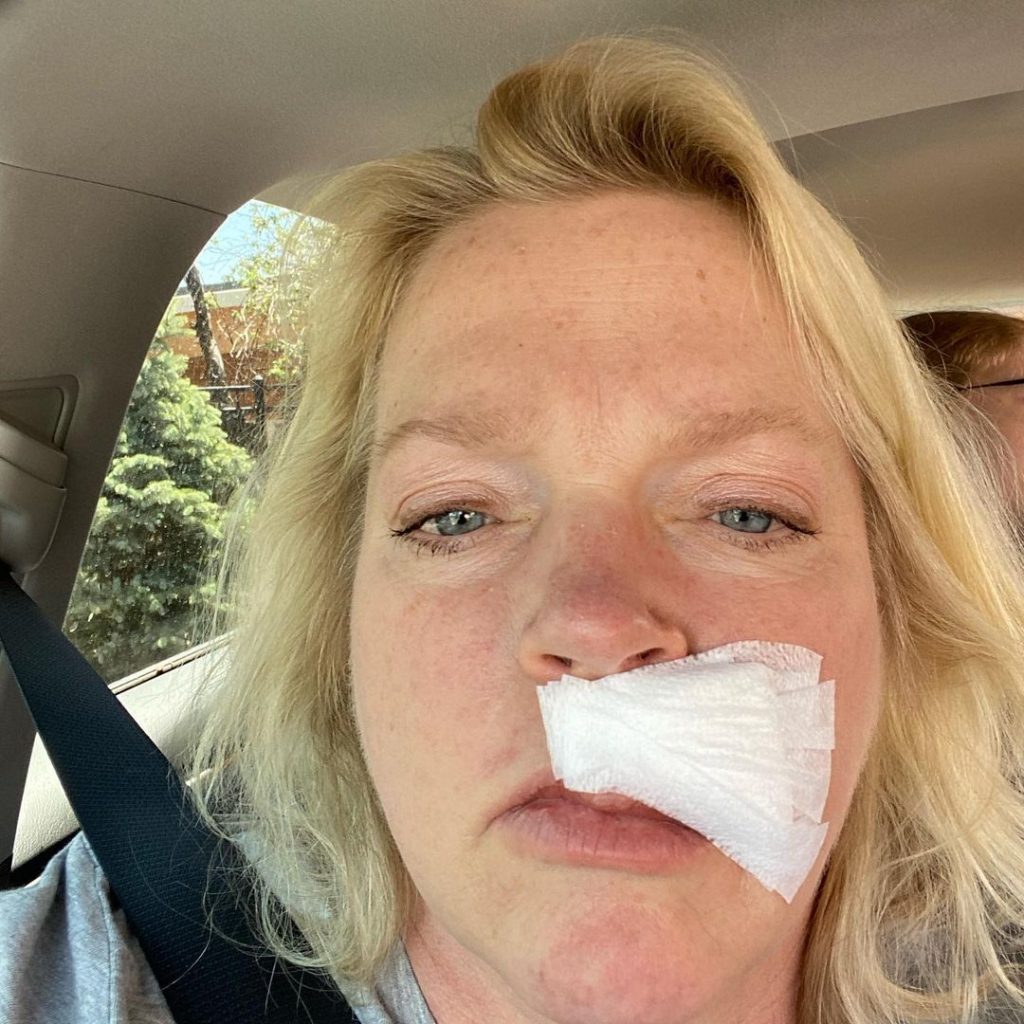 The Sister Wives star reveals COVID created issues with getting her skin cancer taken care of. But, she pushed forward. And, she’s happy to report it has been removed from her face.

“It was a basal cell carcinoma, skin cancer, non malignant, but it still needed to be removed.” She explains. Janelle Brown affirms her skin cancer has been removed.

“You have to know that I am very very careful to always apply sunscreen. I have always burned so easily so really cannot go out, ever, without some sort of protection.” She advises her fans.

Janelle Brown admits the growth on her face just looked like scar tissue. She had issues with cold sores in her 20’s. And, she never thought anything of it. Moreover, it certainly didn’t seem like something to rush to the doctor for.

I hope this share will be helpful to some. I am sharing to say that, even if it seems like it couldn’t be skin cancer, it doesn’t hurt to have your doctor look at it.”

Janelle Brown doubles down on hopes that her fans will be extra careful. And, get any blemish on their body checked out because it is better to be safe.

Fans react to the candid post of skin cancer

Sister Wives fans were eternally grateful for this post. Many share similar stories that had similar endings with Janelle. Others affirm this post is another reason why they love Janelle Brown. Most admit they are just happy to learn Janelle was able to get the skin cancer removed from her face. And, that it was nothing life-threatening. 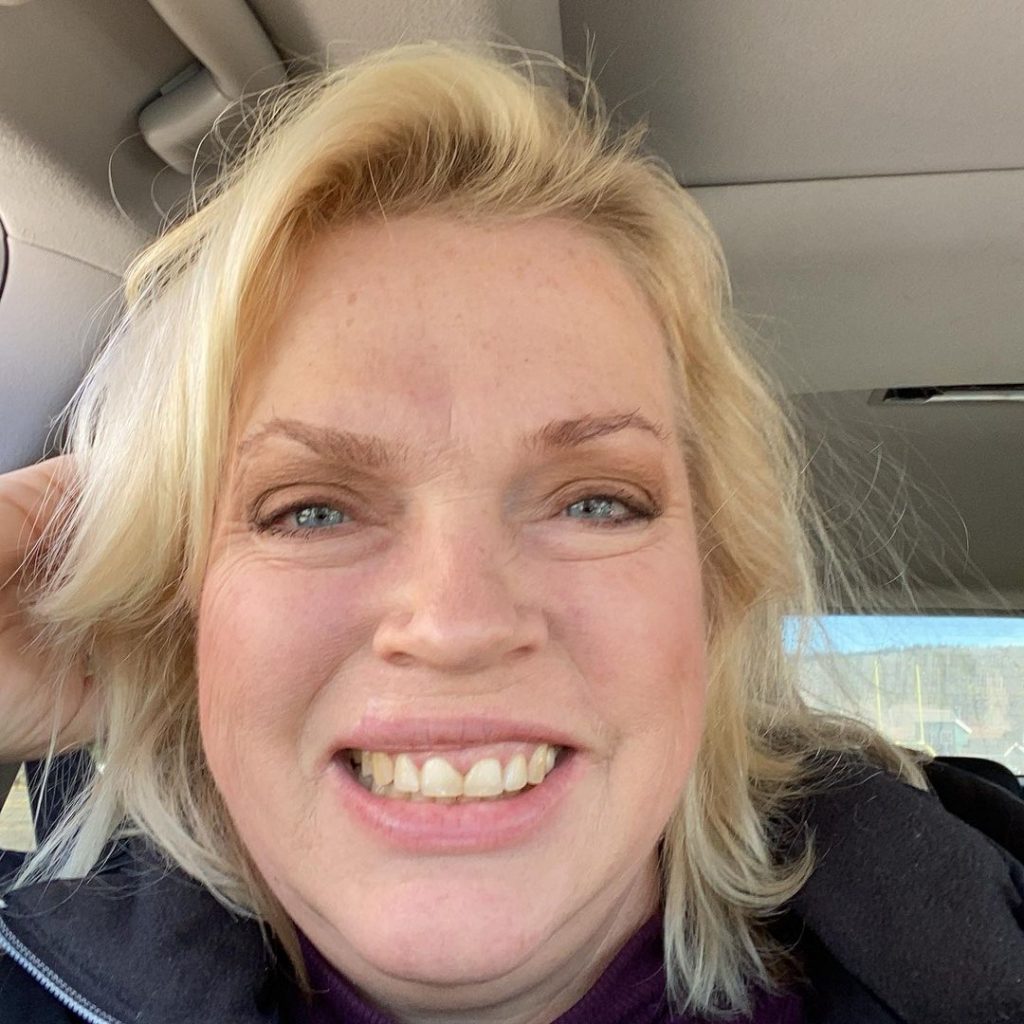 How do you feel about Janelle’s recent Instagram update? Share your thoughts with us. And, stick with us for the latest Sister Wives news.