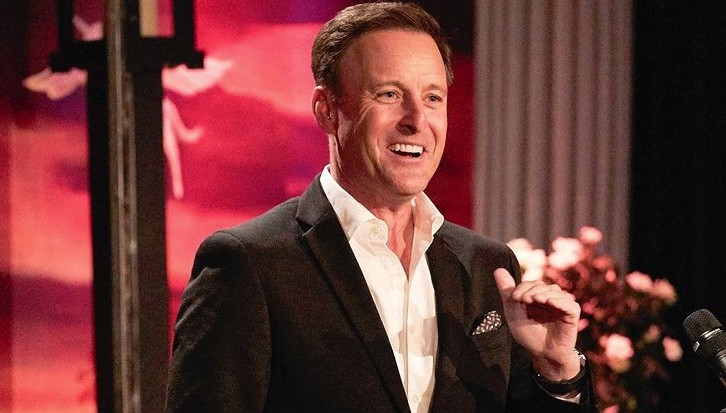 Chris Harrison has been working with respected Dr. Michael Eric Dyson to educate himself on racism. The author of Long Time Coming: Reckoning With Race in America is standing behind Chris. He thinks Chris has been putting in the work to learn more about why his words were hurtful. In fact, he believes Chris should not be canceled.

Dr. Dyson spoke with Entertainment Tonight about working with Chris Harrison. The two came in contact following Chris’s controversial interview with Rachel Lindsay. During the interview, he somewhat defended Rachael Kirkconnell amid racist allegations plaguing her. Following his interview, many called for Chris to be fired.

Mutual connections helped Dr. Dyson and Chris connect. Many believed he could help Chris understand why his words to Rachel Lindsay were hurtful. He said Chris is definitely doing the work and educating himself. For this reason, he believes Chris should return as The Bachelor host.

Dr. Dyson said, “I think as a host, it’s extremely important for him to have been through this and to be even more deeply sensitized to the issues of race, to the issues of conflict, with history and the present, and how the franchise can embody some of the best ideals and the norms that he has now taken to.” He continued,  “The perspectives that he now has — and I think he will be all the better for it — and I think quite frankly, the show will be all the better for it as well.”

Chris made a sincere apology

Dr. Dyson believes Chris Harrison’s apology was sincere.  And, his apology to Rachel Lindsay was very sincere as well. Rachel experienced hateful backlash over the interview. So much so she deactivated her Instagram. Days later, after saying she accepts Chris’s apology, she reactivated her account.

He also said, “[He has a] genuine expression of grief over what he did, recognition that he has apologized, and I think again, apologizing to Rachel Lindsay is extremely important — a brilliant, brave, beautiful Black woman who doesn’t deserve any of the blowback that she has received because she was brave and articulate about her passions and pain — but he’s taken responsibility with that.

He even pointed out that even Rachel Lindsay said Chris apologized and everyone needs to move forward.

This is a critical moment for The Bachelor and American history

Dr. Dyson pointed out this situation is not only important for the franchise but also for American history. He said, “The Bachelor is one of the most valued franchises in American society and a staple in pop culture.” Dr. Dyson continued, “People tune in by the millions to find out what’s going on. So, the drama of race was always in the background and not always in a positive fashion. The fact that this has now come to the forefront, the fact that this has now surfaced and now they have to confront it through a faux pas of its host, but a host who says, ‘I messed up, I ‘fessed up, now it’s time to dress up.’ Let’s address the issue and go forward in the new clothes of racial healing and racial understanding.”

He believes Chris can help others move forward in the fight against racism.

Chris apologized to the world again on Good Morning America. Following the interview, Michael Strahan said it seemed like a surface response than more of an actual apology.

Chris is not the only member of Bachelor Nation under fire in recent weeks. Taylor Nolan is also under fire for tweets she sent out into the world ten years ago. The tweets were deemed disgusting and hateful. The Washington State Department of Health may possibly investigate the multiple complaints they received against Taylor.