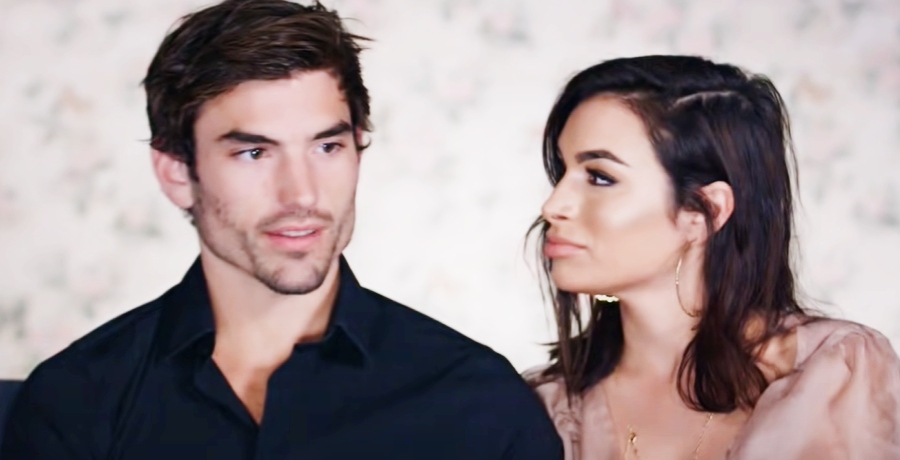 Ashley Iaconetti and Jared Haibon had one of the most dramatic relationships in Bachelor nation. Both coming to BIP after falling for the leads on their respective seasons they were attracted to each other. Ashley found herself immediately smitten. Jared had a much slower climb to being in love. Fans were torn if they wanted to pull for them or not. In the second season of Bachelor in Paradise, she was all in. Unsure, Jared broke it off at the end of the season before Fantasy Suites where she’d decided to lose her V card to him.

Ashley came back in the next season saying she wanted to move on. It was clear to everyone there and at home, she came on to see Jared. On her Instagram and Twitter, she has, “the crying girl,” in her bio so she’s aware her emotions were a lot. On her Twitter account, she shared a diary entry she found from sixth grade. It showed even back then she went all-in on guys. The entry said, “I know I will look at this and laugh at some point before marrying Justin Timberlake. I know I will marry him. I can’t describe the feeling in words, I just know.”

Ashley Iaconetti Never Gave Up That She Would Be With Jared

Ashley Iaconetti and Jared talked about it before they went on Season 3. They spent a year just being friends and agreed they would pursue other relationships. Jared had started a relationship that Ashley completely disrupted when she came on the show. The crying she did was ridiculous and interrupted any chance Jared had to find love on that season. Fans didn’t see the deep friendship they had or the reason she felt so strongly about him. They just saw a girl who’d been rejected coming into Paradise and crying the whole time over someone who seemed to be trying to move on. Nick Viall famously told her, “you will never be with Jared.”

However, after a long time of being just friends, it changed for Jared. In an interview from Yahoo Entertainment Ashley said she knew the event would be what won him over. The event in Virginia was for multiple charities. She said, “I was like a total boss woman and Jared wasn’t my focal point.” Jared said things did start to change for him, but it wasn’t until Ashley tried moving on that he made his move.

Now They Are Planning For Babies And A Family Together

Ashley Iaconetti went on The Bachelor Winter Games in 2017 and met Kevin Wendt. The two got along great and Jared realized he might miss his chance. Bachelor nation had been rooting for the two of them to get together for Ashley’s sake, but they’d moved on and invested themselves in her new relationship.

He confessed his love and she continued her relationship with Kevin. Eventually, she realized things would only ever work with Jared. He proposed on the beach where their story began. Bachelor nation cheered because they’d always wanted the two crazy kids to get together. Now recently Jared revealed they’d been trying for babies and Ashley said she wants at least three. What do you think about Jared and Ashley’s rocky road to romance? Were you always pulling for them too? Comment with your thoughts below.