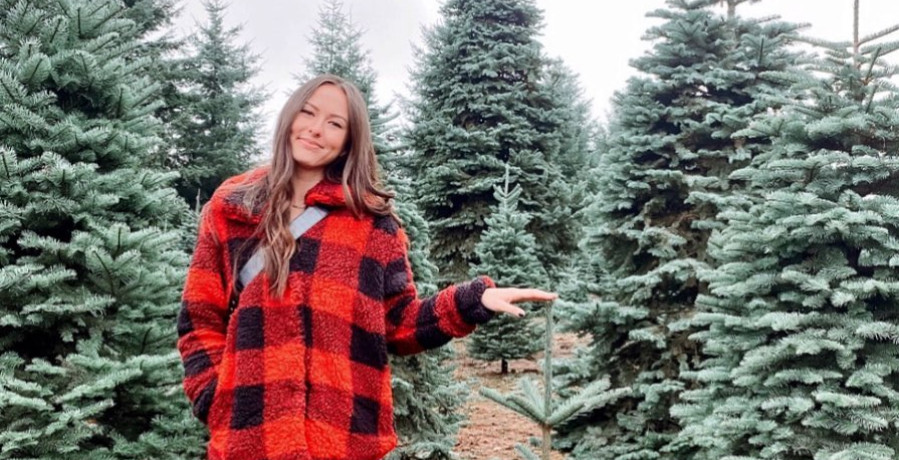 During her time on The Bachelor, Abigail Heringer made it clear she doesn’t consider herself part of the Deaf community. Though she was born deaf, she had a cochlear implant at a young age. But does that mean she doesn’t know any sign language?

Viewers of the ABC show didn’t learn a lot about Abigail during her time in the house. The immediate connection she had with Matt James fizzled out as his relationships with other women got stronger. Abigail ultimately went home during Episode 7after an emotional farewell.

So, most of what fans know about Abigail, they are learning in post-show interviews and from her social media. She hilariously told former Bachelorette Kaitlyn Bristowe why she created a fake Instagram. Abigail also fiercely defended her new friend Chelsea Vaughn from online haters.

During the interview, Abigail dropped the surprising tidbit that she does know some sign language. Or, at least, she took a sign language class in high school. It was there that she first felt the barrier between herself and the Deaf community.

High school ASL classes are typically very basic. Abigail may retain some of signs, but she clearly isn’t fluent. But would she be open to learning more sign language?

She told The Daily Moth that she would be. She said, “Oh yeah, absolutely. I think it’s always fun just to pick up some signs.”

As viewers saw on The Bachelor, Abigail uses lip-reading to help her communicate. How much can she hear with a cochlear implant?

How Do Cochlear Implants Differ From Natural Hearing?

Abigail didn’t go into detail about how cochlear implants work for her. However, she did admit to The Daily Moth that she had a harder time communicating than the show portrayed.

Cochlear implants don’t work on everyone. For example, the implant won’t work on someone who has a damaged cochlea.

A piece by Screen Rant provides a concise explanation of cochlear implants:

“They are inserted in the area where hearing people have tiny hair fibers that are able to transform sound waves into recognizable sound. An implant essentially replaces these hairs, and turns sound into electrical currents that your brain is able to make sense of.”

Even after implantation, it takes time for the brain to decipher the sounds in a way the user can understand.

If Abigail continues on other Bachelor Nation shows, perhaps viewers will get to learn more about how she navigates between the deaf and hearing worlds.

Are you surprised to know that Abigail does know some sign language? Let us know your thoughts in the comments down below.

Don’t forget to tune in to the last two episodes in Matt James’ journey to love. The Bachelor airs Mondays on ABC.

‘1000-Lb. Sisters’ Season 3 Premiere Date Confirmed By TLC
Get To Know ‘The Bachelor’ 2022 Clayton Echard
’90 Day Fiance’: Are Corey And Evelin Secretly Married?
Jared Haibon Shares Heartfelt Tribute After Losing Member Of The Family
The ‘Pawn Stars’ Crew Were Famous Before Their Own Show