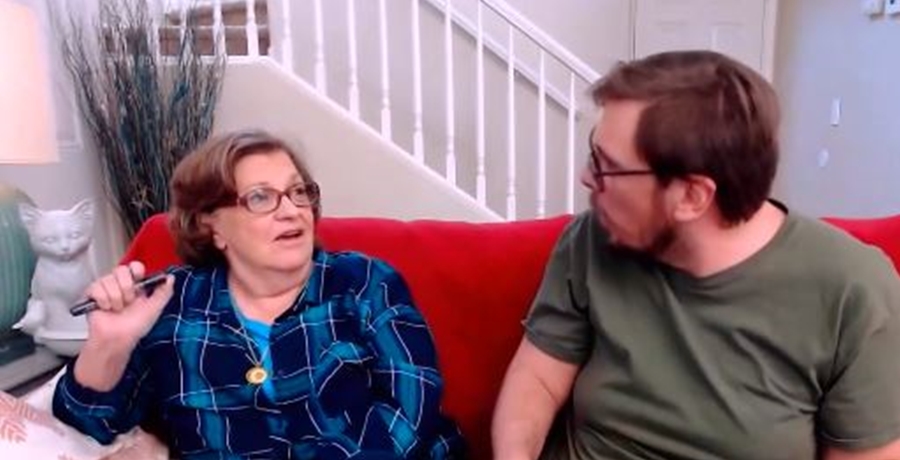 90 Day Bares All features Mother Debbie, the mom of Colt Johnson. In a recent episode, she disclosed to Shaun Robinson that someone catfished her. And it broke her heart. In a previous episode and she Colt played Never Have I Ever, and fans enjoyed the episode immensely. It turned out that once, Debbie had a one-night stand with someone quite famous in his day.

90 Day Bares All – Debbie gets very candid about being catfished

Debbie sometimes shocks fans because she’s not young. But that doesn’t mean she wasn’t once a young and flirty woman. And she revealed that in the 60s and 70s she sometimes had a one-night stand. Actually quite a lot of them. But one she recalled involved a famous person from back in the day. She told Shaun Robinson that she slept with the Marlboro Man.

If you were a teen back in the 1950s you might recall the famous face which appeared in cigarette ads. But 90 Day Bares All host Shaun showed her a photo of the guy. However, she only thought it “might” be him. Nevertheless,  more than one actor did the adverts. So any one of them might have featured in the picture Shaun showed her. Anyway, a lot of years passed since then. So, maybe she just forgot what he looked like. But in another episode, she revealed that someone catfished her.

Broken as Colt’s mom thought someone loved her

Screenrant reported that Debbie felt broken-hearted when she discovered that someone catfished her. In the 90 Day Bares All episode, she described how someone totally took her in. It came when she started using a dating app. But the guy probably mistook her age for being rather dull. Not so, as fans know, Debbie’s sharp as anything. So, she thought something suspicious was up. At first, the guy convinced her that he lived in London, was 29 years old, and raised a 12-year-old daughter.

The 90 Day Bares All star told Shaun that she felt worried about him as she noticed he also started friending some of her friends as well. So, she demanded a photo, and in it, he should put  “three fingers on his face.” And as he couldn’t do that, he finally confessed he catfished her. In fact, he came from Nigeria (common), and he’s only 24-years-old. Nevertheless, before that, it seemed that Mother Debbie really felt something for him. After all, she described to Shaun that she felt “heartbroken.”

The 90 Day Bares All mom also gives good advice for TLC fans. She told them they just always demand selfies, recent ones, and not settle for vague photos, to avoid being catfished. Clearly, Mother Debbie’s no fool when it comes to social media savvy. However,  it seems a bit sad that briefly, she thought she found love again.