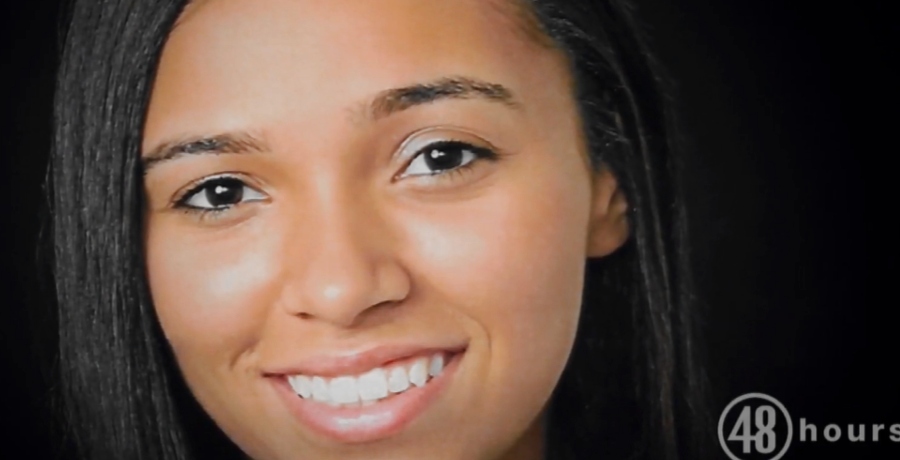 On October 24, 2019, Walt and Angela Harris got a call from their son with news of every parent’s worst fear. Elijah Blanchard tells his mom and step-father, “Aniah is missing.” This immediately causes his parents to leave their home in Homewood, Alabama, and travel to Auburn. Aniah and Elijah were both attending college and lived only ten minutes away from each other. Aniah drops Elijah off at his residence and promises to call him when she gets home, but she never makes that call. Walt and Angela frantically search everywhere in the area and ask the community for information. In a clip from 48 Hours, Walt talked about driving every back road and even driving into people’s yards trying to find Aniah. But their efforts were in vain when after a month of searching Aniah’s remains are found.

James Brown and 48 Hours will air the story of Aniah Blanchard’s disappearance and death in their segment tonight, Saturday, March 6, 2021.

Who was Aniah Blanchard?

Aniah was the daughter of Angela Haley Harris and Elijah Blanchard Sr., and step-daughter to UFC heavyweight fighter Walt Harris. Aniah was nineteen and attending Auburn University along with her brother, Elijah. Angela describes Aniah as a “very happy girl that loved life,” and “she always put others before herself.”

Aniah is last seen on October 23, 2019. She drops off her brother and stops at a convenience store to buy a snack. The last images of Aniah alive are the store security camera footage from that night. Eerily, Aniah had always been afraid that someone would hurt her. Aniah fears she would be abducted. Angela Harris is a sexual assault nurse and she taught Aniah to be careful because she knows how cruel the world can be. Angela says, “Aniah was scared somebody would hurt her. She was always so paranoid she even put stuff up against her door at night because she didn’t want somebody to come in and get her.”

College student Aniah Blanchard had a deep fear of being kidnapped. When she disappears, UFC fighter Walt Harris battles for justice for his stepdaughter. https://t.co/Gv62WWOZt4

When Aniah does not come home on October 23, her roommate Sarah O’Brien calls Elijah Blanchard. And the events unfold from there. The family and police asked the public for any information about Aniah’s case. Police recover Aniah’s car based on a tip at an apartment complex parking lot 55 miles away from Auburn on October 25. The car is a gruesome scene. The police find enough blood to indicate that the victim would have “a life-threatening injury” as well as a bullet.

The family still believed that Aniah was alive and plead with people to return her. They offer a reward for any information about Aniah’s case totaling over $100,000. UFC President, Dana White and heavyweight fighter Jon Jones contribute almost $50,000 to this reward personally. The police released video footage of a person on interest in Aniah’s kidnapping case to the public on November 6, 2019. Police identify the individual as Ibraheem Yazeed.

Yazeed was out on bond for a previous violent offense. Authorities issue a warrant for his arrest in connection to the kidnapping of Aniah Blanchard. US Marshalls arrested Yazeed in Florida on November 7 and extradite him back to Alabama to face charges.

Tragically on November 25, 2019, remains were found in Macon County, Alabama. Police confirm the body was AniahBlanchard. And on December 2, 2019, the court upgrades the charges against Yazeed to capital murder.

After his stepdaughter went missing, UFC fighter Walt Harris said she came to him in a dream. https://t.co/w75vyO1Mnq pic.twitter.com/RD9igXNB6w

What has happened since then?

Yazeed maintains his innocence in Blanchard’s death. But a source claimed that Yazeed told them he had “shot a girl,” because “she went for my gun.”

Further, a detective testified that a witness who was at the gas station the night of Aniah’s disappearance witnessed Yazeed force Aniah into her vehicle. The witness said they did not intervene because their spouse urged them not to. Yazeed is still awaiting trial due to COVID-19 courtroom restrictions. But Aniah’s family is unsatisfied with the fact that Yazeed had the opportunity to hurt their “baby girl” at all.

Yazeed has a long criminal history. Police arrest Yazeed in March and charged him with first-degree kidnapping, robbery, possession and attempted murder. Yazeed allegedly assaulted two men in a hotel room beating them severely and nearly killing one man. But the court grants Yazeed bail soon after this arrest. Yazeed has not appeared in court for those charges when he allegedly kidnapped and killed Aniah.

The Harris-Blanchard family did not accept that bond was granted to a violent offender, allowing him to hurt someone else. They are working with legislatures now to pass “Aniah’s Law,” a bill to deny bonds to suspects accused of violent offenses. The bill passed the Alabama House on February 23, 2021.

The 48 HOURS special of “Fighting for Aniah” appears on CBS on March 6, 2021, at 10/9 CT. Will you be watching? Let us know in the comment section below. Come back to TV Shows Ace for more television news.