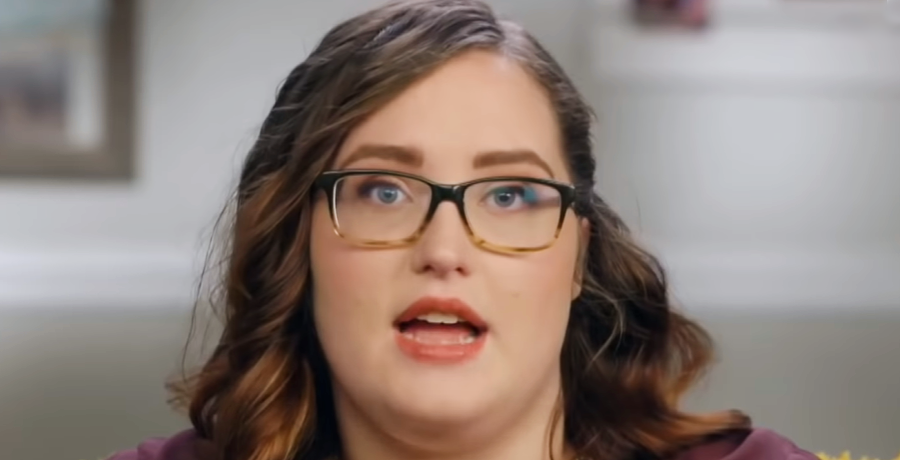 Pumpkin Efird shared a photo of herself with her husband Josh on February 13. And a lot of Mama June fans commented on it. Naturally, people also wanted to know how she lost weight. After all, few people believe that Boom Bod does much for weight loss. Mind you, Pumpkin once said that it really helps her suppress her appetite.

When fans first saw the post about losing weight, we reported that Pumpkin captioned it with, “My lifelong valentine ❤️💕 @official_josh_efird.” Fans immediately noticed that she clearly lost a lot of weight. And many complimentary messages went her way. Mama June Shannon’s daughter is very candid about her weight. And sometimes she posts photos of her bare tummy. Actually, that takes some courage if you feel a bit insecure about your figure. While she wore a jersey and tee, she still looked remarkably slimmer.

Since the post first got shared by Pumpkin Efird, fans asked more questions. And The Sun UK noticed that she elaborated about her weight loss in the comments. It came after someone asked if she ever went for weight loss surgery. Fans of Mama June on Wetv know her two sisters both had some work done recently. But she explained that she didn’t go down that road.

How did Mama June’s daughter lose so much weight?

Fans like small success stories for June Shannon’s family. After all, June spent many years battling with weight. And maybe it’s genetic or learned behavior, but her kids all struggle as well. And too much weight leads to health issues. Especially excess weight in young teens. As Honey Boo Boo lives with Pumpkin Efird these days, hopefully, she follows her big sister’s example. She already works out and tries shedding weight that way.

In her answer about weight loss, Pumpkin told her fans that she drinks a lot of water. Actually, that’s about all she drinks. She wrote, “honestly, I don’t overeat anymore and all I drink now is water mainly.” Well, that sounds like a good plan, especially if Pumpkin Efird eats healthy low-cal meals. According to Health Line, drinking water really assists with losing weight. And it’s much better than drinking sodas which pack the pounds on. If you watch 1000-LB Sisters on TLC,  you already know that the Slaton sisters both consumed a lot of sodas every day.

How does water help with weight loss?

The health site explains that water taken before a meal helps “suppress appetite.” It also “helps you burn more calories.” But Pumpkin Efird only achieves a small part of her weight loss plan by drinking water. It’s important that people still take in the right nutrients as well. Nevertheless, just changing out sugary drinks for plain water immediately cuts down on calorie intake.