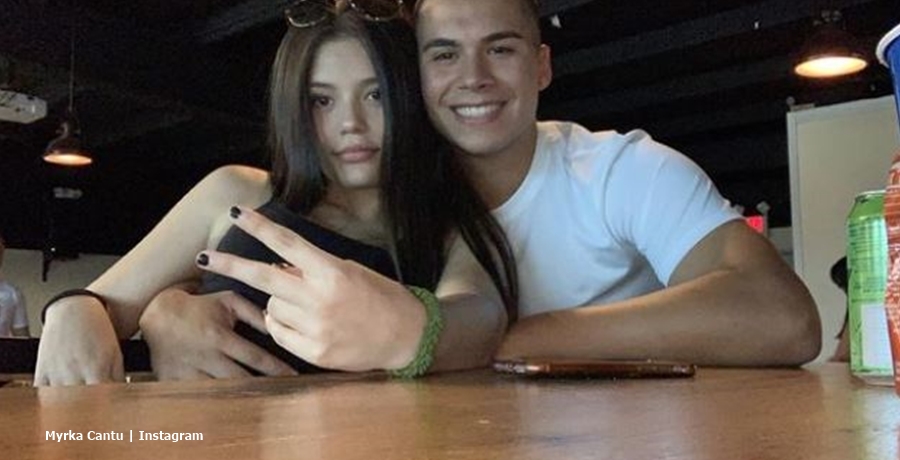 Myrka Cantu of Unexpected on TLC opted to keep her baby off social media. But at one point, a photo emerged on her mom, Liliana’s Facebook page. In almost every social media post and Q&A Myrka tells fans her top priority’s keeping her daughter safe. But it didn’t take long for photos to start surfacing online. And it infuriated her. But now it seems she just surrendered as she finally shared a photo online.

Sometimes, fans don’t see photos of the baby until the end of the Unexpected season. Or, at least until the stars give birth. So, TLC fans wondered if Myrka and Ethan would share photos of their baby girl once their birth episode aired. Fans don’t see the baby on Myrka’s social media at all. Notably, Myrka seems particularly shy about sharing any pictures at all. So, a fan asked her at the beginning of February if she plans on “unarchiving” pictures of her daughter. However, the TLC star came out strongly against it. Nevertheless, a photo leaked since then.

Myrka Cantu told the fan, that sometimes she gets many “disturbing messages.” Plus, she feels it’s important that she “protects” her daughter. And, she won’t pander to those who seem overly full of  “curiosity.” Well, fans who tune into Unexpected felt that’s wrong. After all, she signed up for a show all about teen moms producing babies. TV Overmind mentioned earlier this year that fans shouldn’t waste their time looking for photos on Myrka’s social media. But that just changed.

On the weekend, Myrka Cantu seemed fed up with people pestering her for photos of her baby. So, reluctantly, she posted one up on her Instagram Stories. It’s not a new photo, but at least this time we can share it with you, as she shared it. In one slide, she told off people who shared photos all over the place. She said, “Bro, I literally posted one picture. Doesn’t give y’all the right to post like a million pictures of my child. Like c’mon now.”

The other slide that Myrka Cantu shared revealed her and Ethan posing with their baby. She wrote, “I mean since it’s already posted everywhere.” So, it looks like she just surrendered and hopes that for now, fans of TLC might just stop pestering her for more. Popular with fans, that’s an unlikely outcome. No doubt they pester her for months to come. Actually, another TLC star, Ashley Martson from 90 Day Fiance went through a similar experience. But she resolutely ignored calls for pictures of her kids, and eventually, fans stopped even asking.

What do you think of Myrka Cantu surrendering and posting a photo of her baby? Do you think Unexpected fans might settle for that? Or will the requests only become more frequent now? Sound off in the comments below.