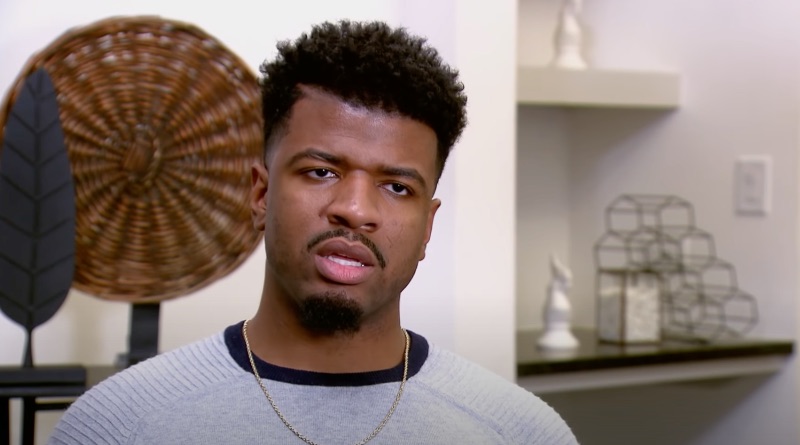 Married at First Sight cast member Chris Williams (Paige Banks’ husband) recently opened up about his struggle coming to Atlanta. His awful behavior toward his wife occupies the majority of the discussion surrounding him. But it looks like he wants to change the narrative.

Most viewers think of Chris Williams as the worst villain in Married at First Sight franchise history. This is especially true after everything he put his new wife through in current episodes of the brand new season in Atlanta. Meanwhile, Chris recently opened up about a different side of himself. And it looks like he wants to change the narrative surrounding his portrayal in current episodes of the popular matchmaking show.

Chris Williams revealed to his Married at First Sight followers that he came to the Atlanta area with nothing but “favor and determination.” He added that he slept in a rental car – and that he didn’t have things together enough to have his own vehicle. In addition, he said that he slept in the rental car as well.

Not an Easy Road for Chris

Chris Williams told his Married at First Sight followers that he just wanted to “prepare” for a better life. According to Paige Banks’ husband, even though 2020 was a challenging year for everyone with the pandemic, it was a great year for his company. And he celebrated the “W” by purchasing his first six-figure vehicle.

Chris Williams shared a picture of him with his set of wheels. And from the looks of it, he certainly came a long way since sleeping in a rental car. He even shared the name of his vehicle with Married at First Sight watchers. And it looks like he named it Big Bertha.

Married at First Sight Star Disliked by Many

Due to everything Chris Williams has done so far to Paige Banks this season on Married at First Sight, he is quickly becoming one of the biggest villains in the show’s history. So even though he found success after a lot of struggle, that may be overshadowed by his portrayal on the show in a lot of ways.

It’s certainly possible to re-write your villain narrative after appearing on a show like Married at First Sight. But it might be too soon for Chris if he is attempting to do damage control. Meanwhile, even with all the drama playing out in current episodes, Chris was in Cancun, Mexico, recently. And he was there with his ex, Mercedes Myrick.

Chris certainly has a success story to share. But it may fall on a lot of deaf ears following his behavior this season on the popular Lifetime show. At the very least, it may take him some time to re-brand himself and change the network narrative.