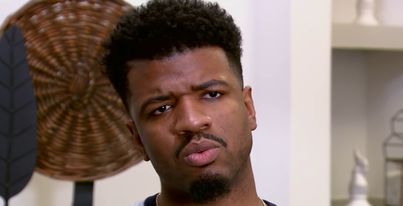 Married at First Sight favorite toxic king, Chris Williams has more to him than meets the eye. We all know Williams’ powerful background story. His journey from homelessness to an impressive net worth has fascinated fans of the show. It is undeniable that  Chris Williams, 27,  has worked very hard for what he has and who he has become. And in a recent post to his social media, Williams reveals more about his pre MAFS life. And it’s very honorable, to say the least. 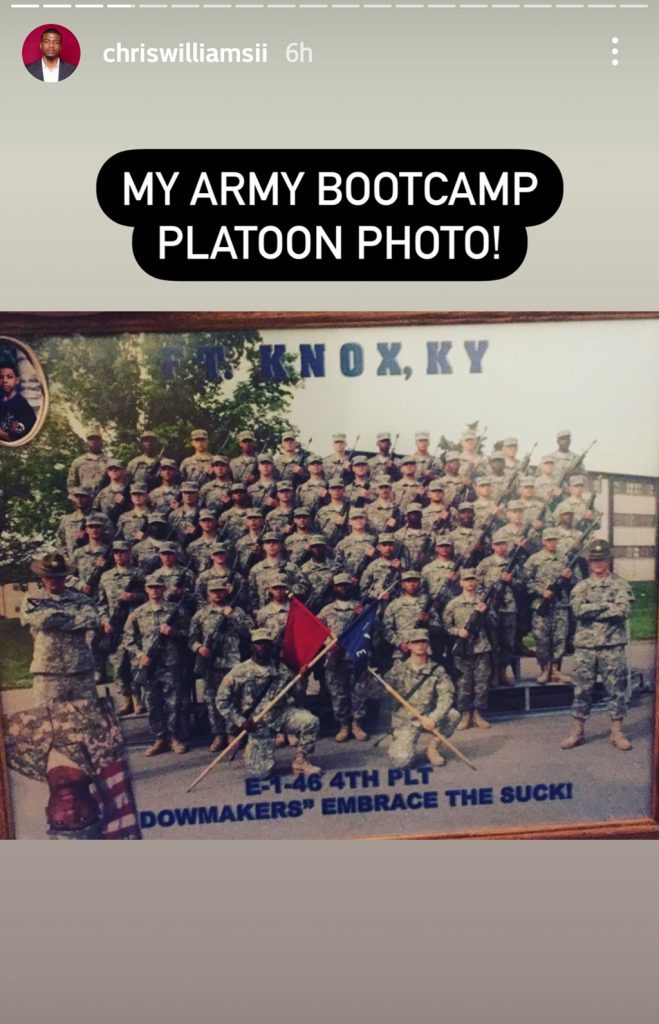 In his Instagram story, Chris posts a picture of him suited up in his military gear, surrounded by his over army buddies. The image captioned, “My Army Bootcamp Platoon Photo!” Chris has yet to reveal on MAFS his military past. This was a nice surprise for his followers who thought they knew everything about Chris. Regardless, fans can’t deny that this a respectable side of Chris we can get down with.

Chris Williams served in the National Guard. His time ended after an early discharge. While there are not many details surrounding his military leave, his service is certainly honorable. Undoubtedly, Chris has a very positive side to him that he wants his followers to see. Bootcamp isn’t easy. And unfortunately, his financial and living struggles picked up after his early discharge. And just like in boot camp Chris persevered to become the best man he can be. We can thank Chris for his service for sure.

Chris’s Journey To Success and To Married At First Sight

After Chris’s stint with the military, he dealt with some ups and downs in his life. After a short bout of homelessness, Chris becomes a finance manager, which helps him to get off the streets. He pursued many endeavors including owning and renting houses out to people, selling cars, and even a Subway franchise owner. The franchise was short-lived, as he was evicted from the property in early 2020. He still is able to live comfortably. In fact, it was his financial compatibility with Paige that made the experts match them together.

Unfortunately, things are looking very rocky between Chris and Paige right now. In the most recent episode of Married at First Sight, Chris attempts to clear the air with his wife and ex-fiancee, Mercedes by having them meet face to face. After an unsuccessful sit-down between Paige, Mercedes, and Chis. Paige seems to have put her foot down altogether. “This relationship no longer serves me,” Paige says to the two of them.

Hopefully, the two can overcome their differences with five weeks left until decision day. Married at First Sight premieres at 8 p.m EST on Lifetime.