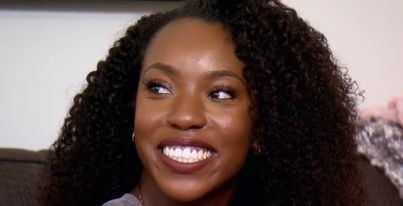 Married at First Sight Season 12 star, Briana Morris is all brains and beauty. Morris, an engineer, has built an amazing career. Briana has worked hard to get to where she is. There is no question that she knows where she is going in life. Needless to say, Vincent Morales is a very lucky man.  A deeper look into Morris’ hustle reveals how hard she has worked.

Briana currently works as an information assurance engineer for Octo Consulting Group. Prior to working for the company, she was a program support technician with the Virginia Department of Motor Vehicles. Her net worth is estimated to be around 150,000 dollars.

Vincent, who is just as career-focused as Briana, is the president of an automotive company. He also has started a few small businesses.  And with the combined net worth of the two, they can continue living their comfortable and drama-free life. Together they have undeniable chemistry.

Briana And Vincent Argue Their First Night Living Together

The couple hit it off immediately at their wedding. And have been the MAFS least problematic couple. Seeing them on screen is a sigh of relief for fans. After all, they are the only couple on Married at First Sight that isn’t causing the eye-brow-raising drama we have been seeing. Paige and Chris are inevitably doomed. Virginia’s drinking is causing problems in her marriage with Erik. And Haley and Jacob just can not seem to connect whatsoever.

Granted Briana and Vincent are far from perfect. Fans have called attention to Vincent’s temper after his first disagreement with Briana. And fans also note that Briana’s bossy demeanor may play a role in future fallouts between the two. But compared to the rest of the drama from the show’s other couples, they are by far the most peaceful.

Vincent and Briana did argue on their first night together in their new apartment. When Briana makes a joke that Vincent spilling champagne was a “very Vinny” thing to do, Vincent took offense. He confronted her about her “smart comments” and announced that he would be going back to his home.

Ultimately, Vincent made it as far as the parking before realizing he needed to fix things the right way. Returning back to Briana to work things out, Vincent admits that now that he’s a “married man” he can’t storm off by himself when they have disputes. As for Briana, she apologizes for her comment, ” I don’t want you to feel as if you had to leave.”

Fans have high hopes for this beautifully melanated couple. Tune in to watch their love grow on Lifetime on Wednesdays at 8 p.m EST.