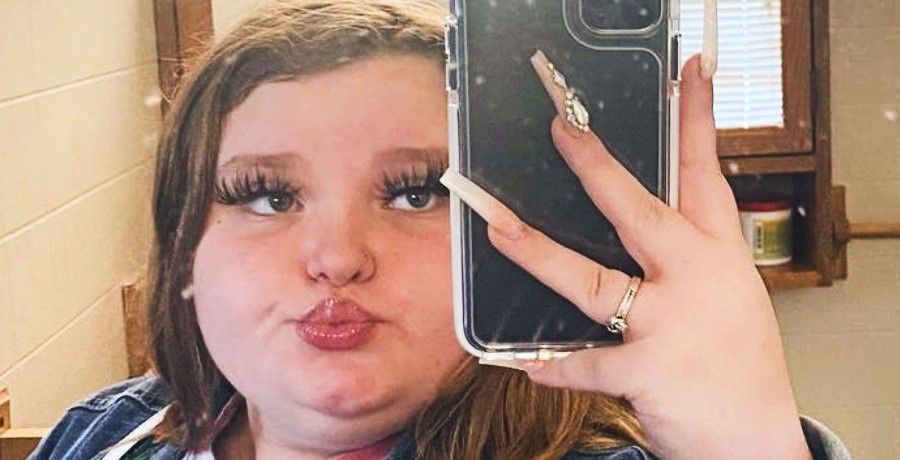 Alana Thompson aka Honey Boo Boo was feeling feisty when she took to Instagram recently. Anticipating her usual wave of trolls, she was quick to put them in their place. Right out of the gate, Honey Boo Boo encouraged her Instagram trolls to “take a seat” if they can’t stand her. Her saucy attitude, however, didn’t stop there. Unfortunately, her caption didn’t deter trolls to hit her with criticism in the comments. She was quick to fire back at each negative comment. And, her fans were here for her fiery quips.

Honey Boo Boo makes it clear in her recent Instagram post that it isn’t her Instagram trolls’ time to shine. She quickly puts them in their place noting they can “take a seat” or get off her page. Her post came with a couple pictures of herself and she was looking as fabulous as ever.

The first snap featured a mirror selfie with Honey Boo Boo puckering her lips for the camera. The second snap featured a full body pick showing off just how much weight the young star has been able to shed. The young reality TV personality was clearly feeling herself in these two snaps. And, she didn’t much care what anyone had to say about her.

The caption doesn’t deter hate in the comments, but she claps back

One negative follower noted that Honey Boo Boo needed to “quit trying so hard.” There were several dozen people liking the comment indicating they agreed. And, over 100 people responded to the comment. Among the responses, however, included one from the teen herself.

The individual responded to the young star for clarification. “I didn’t say I didn’t like you I just said you don’t have to try so hard to be beautiful. Natural is best.”

The teen popped off a second time: “& if you think i “try to hard” unfollow me . it’s really simple.”

Younger than just about all of the Instagram trolls in her following, Honey Boo Boo hardly understands why they bother. The teenager TV personality reminds trolls it is easy to unfollow someone you don’t like or approve of. And, she doesn’t understand why people who don’t like her bother following her. 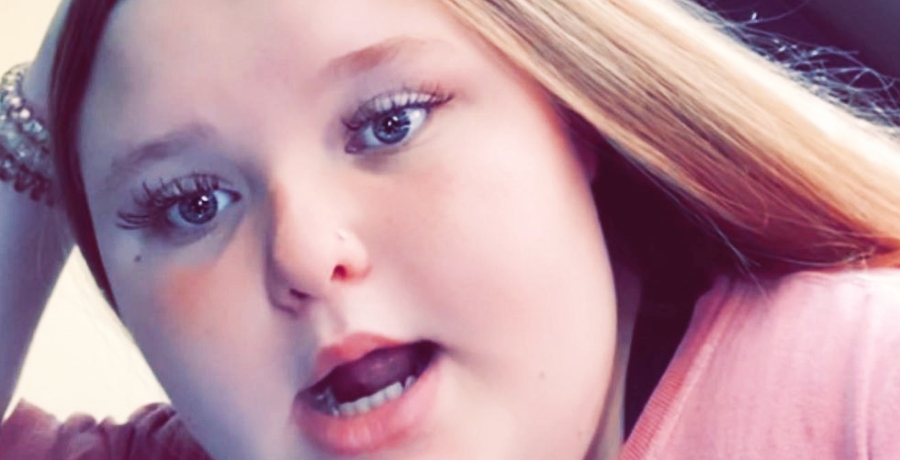 Now, her followers were quick to put the hater in their place. They noted an older woman attacking a young girl was disgusting. Many noted the “nobody Karen” needed to step off Honey Boo Boo’s profile.

Most of her followers wanted to discuss how pretty and beautiful she had become. They noted she looked incredible and her weight loss was very noticeable.