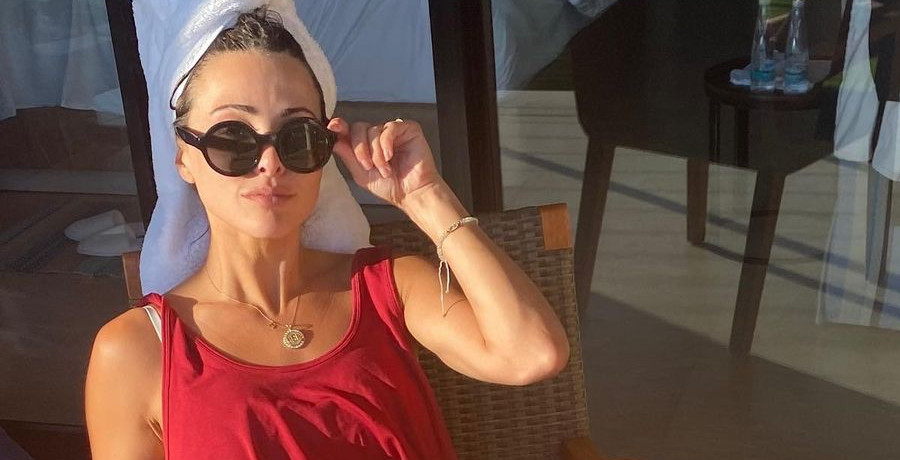 Andi Dorfman isn’t letting ABC off the hook. Chris Harrison may have temporarily taken a break from the show, but that doesn’t fix the issue. The former Bachelorette is speaking out against the network’s response to fans bullying Rachel Lindsay.

If Andi Dorfman had her way, she would be able to get in a room with Bachelor Nation execs. She has some ideas on how to set the ship right.

On February 9, 2021, Rachel Lindsay sat down with Chris Harrison for an interview on the newsmagazine Extra. The former Bachelorette is now a correspondent with the outlet. During the interview, Rachel asked Chris his thoughts on the controversy surrounding Bachelor frontrunner Rachael Kirkconnell.

For over 13 minutes, Chris Harrison went on an unchecked rant against cancel culture. What followed in Bachelor Nation was a HUGE amount of backlash. For Rachel Lindsay. Fans blamed her for Chris Harrison “stepping aside” for a bit as host.

Three weeks later, ABC finally spoke out against the hate Rachel Lindsay was receiving online. But by that time, she had already deactivated her Instagram account because of the overwhelmingly negative messages and comments.

Fellow Bachelorette alum Andi Dorfman is disgusted that ABC took so long to speak up for Rachel. She recently spoke to Entertainment Tonight about the state of Bachelor Nation.

Andi is at a loss for an explanation on ABC’s silence. She said, “I don’t know how you let somebody like Rachel Lindsay get bullied off her own social media account without stepping in and saying things earlier.”

She continued, “Where is the franchise in all of this?” Running scared, in her opinion.

Not only was ABC completely silent about the hate Rachel Lindsay was getting, so was Chris Harrison. He finally spoke out on March 4, assuring fans he will be back to the franchise at some point. Chris did ask fans to leave Rachel Lindsay alone. Watch his interview on Good Morning America below.

Andi Dorfman does recognize that there have been some positive changes in the franchise, but it’s not enough. Rather than blaming Chris Harrison, Rachel Lindsay or even Rachael Kirkconnell, Andi says change has to start at the top.

Matt James’ season of The Bachelor has the most diverse cast yet. But what about behind-the-scenes. Andi poses this question: “The people that are sitting around the table, making the big decisions, is there diversity there? Is there diversity in the casting department? In editing?”

She doesn’t think so. Furthermore, she doesn’t believe anything will change until the casting process is more diverse.

Andi Dorfman has been busy since her time as The Bachelorette. Last year she released a fitness app geared toward runners, Andorfins. While she loves running, she thinks the head honchos at ABC need to stop running away from change.

The influencer feels that the network doesn’t listen to the contestants or leads. She said, “We come on a season and then we’re off, and it’s off to the next [lead.]” They don’t get the “opportunity” to help make internal decisions.

And she would love the chance to change that. “I would love to challenge them,” she said.

In Andi’s view, the apology tour “is done.” And now it is time to act on the promises made.

Do you agree with Andi Dorfman that the problems lie within the boardroom and not on-screen? Let us know your thoughts in the comments down below.

ABC has yet to make any announcements regarding the future of the franchise. Emmanuel Acho will step in to host the After the Final Rose special on March 15.

The Bachelor airs Mondays on ABC. Join us on Facebook for more Bachelor Nation news.