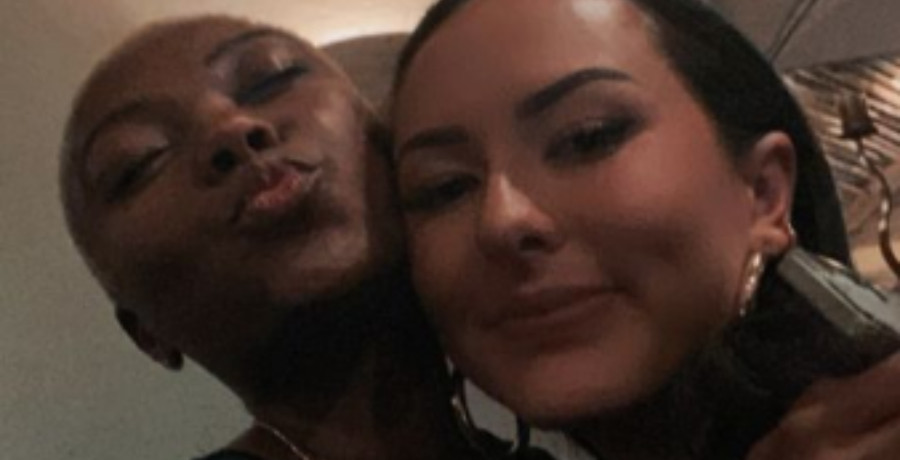 Abigail Heringer may be sweet but she’s no pushover. She took to her Instagram Stories to tell fans to knock off the hate and nasty messages some of the other Bachelor Season 25 women are getting.

During her time on the show, Abigail became close friends with the other women. In fact, she was one of the few who didn’t participate in the bullying happening in the house.

Abigail Heringer doesn’t regret her time on The Bachelor. Despite not winning Matt James’ heart, she did win friendship with several of the women in the house.

She considers Chelsea Vaughn to be one of her new friends. Chelsea went home the week before Abigail, but the two remain close. In fact, Abigail recently introduced her new BFF Chelsea to her long-time BFF.

Abigail shared a cute video of the three of them hanging out together.

Season 25 ‘Most Diverse’ Ever

Season 25 was supposed to be the most historic season of The Bachelor. Matt James was the first Black lead. Additionally, the women were touted as the “most diverse” in franchise history. Sadly, circumstances outside of the Bachelor house has led to major hate being thrown at many BIPOC contestants.

When he announced shortly afterward that he was taking some time away from the show, fans blamed Rachel Lindsay. Since many Bachelor Nation contestants spoke up for Rachel Lindsay, they became a target for fans.

According to Entertainment Tonight, Abigail was among the 25 Bachelor contestants who banded together and issued a statement of support for Rachel Lindsay.

Unfortunately, the BIPOC contestants are getting racist hate from fans.

And Abigail Heringer won’t stand for it. One of the photos she shared from her hang with Chelsea was a selfie of the dynamic duo. Abigail overlaid a stern warning to her followers: Stop sending Chelsea hate.

Some of the hate directed at Chelsea is due to the Women Tell All special. She went toe-to-toe with fan-favorite Katie Thurston over the in-house bullying.

Abigail bluntly told her followers not to “f**k” with her or Chelsea. To those sending hateful messages, Abigail suggested they “take a step back and reevaluate.”

What do you think about Abigail standing up for her friend? Do you think Bachelor Nation should issue a stronger statement against the hate contestants are receiving? Let us know your thoughts in the comments below.

Matt James’ time as The Bachelor is coming to a close. The season finale airs on Monday, March 15 on ABC. Don’t miss it!