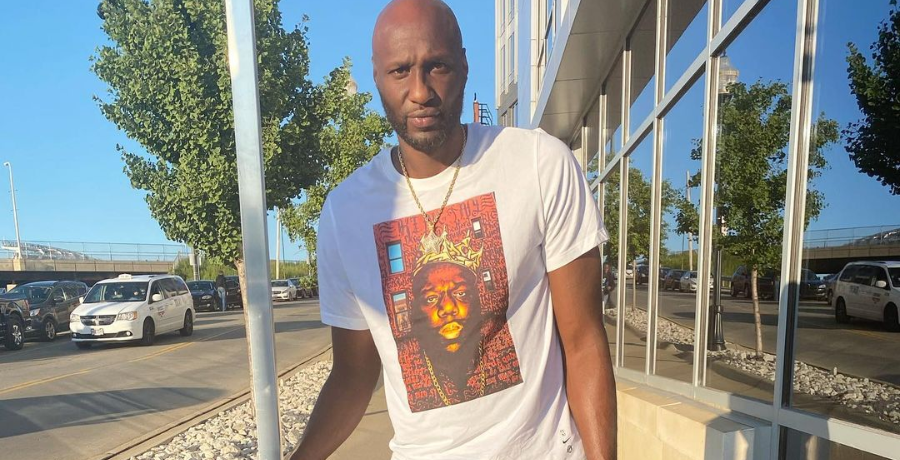 Recently, Lamar Odom got emotional watching the Khloe and Lamar marathon on E! The former NBA star gave a shoutout to his ex-wife and her family. This comes after his split from his longtime girlfriend, Sabrina Parr. Meanwhile, Khloe has been making headlines for her relationship with Tristan Thompson.

Now, Lamar is feeling nostalgic. He watched the old episodes of the KUWTK spinoff that focused on Khloe and Lamar’s relationship. The athlete even shared a video of himself watching the marathon on Instagram. Lamar admits that watching some of the episodes made him feel “emotional” at times. But he revealed that he doesn’t hold animosity towards his ex or her family.

On Thursday, March 4, Lamar Odom posted a new video. He captioned the post: “Khloe & Lamar Marathon. My show with my ex-wife. I want to thank @krisjenner @khloekardashian @kimkardashian @robkardashianofficial @kourtneykardash for taking me in and loving me without judgment – y’all gave me family and for that, I am forever grateful. Thanks, @eentertainment for the marathon.”

Over 241,000 fans watched Lamar’s video. Fans took to the post to show their appreciation. Most of them feel that Khloe was the best thing that ever happened to him. Others are hoping that the two will get back together. Here is some of the reaction:

Regardless, fans love that Lamar is being so positive about his ex-wife. They just wish that things could’ve been different between the couple. This throwback comes after Lamar split from his fiance, Sabrina Parr. He claims that she only dated him for the fame and never really loved him.

The Blast previously reported that Lamar Odom is dealing with another woman from his past. Liza Morales, the mother of his children, is joining the new season of Basketball Wives. Lamar and Liza share two children – Destiny Odom and Lamar Jr. Since joining the show, Liza trashed Lamar over his failure to pay child support and their son’s education.

“having convos on the Gram with yourself? People that know him, know he doesn’t talk like that,” she wrote. “Let’s get to the real … where is LJ [Lamar Jr’s] college money??? We have been asking for it.”

Khloe & Lamar ran for two seasons in 2011 and 2012. Khloe and Lamar married in September 2009 after just weeks of dating. The couple later split in 2012. What are your thoughts on Lamar reflecting back on Khloe & Lamar? Sound off below in the comments.