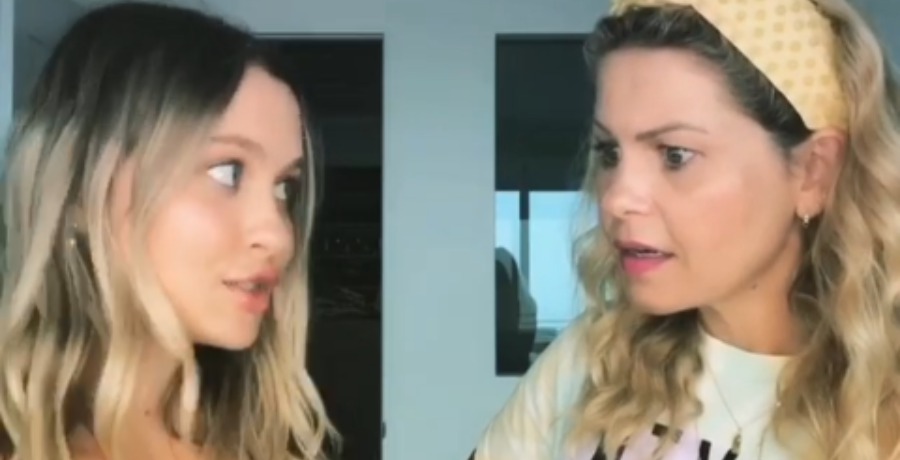 Candace Cameron Bure and her daughter Natasha Bure faced off in a new video. They took part in a “Mother Vs. Daughter” quiz with Good Housekeeping. The Fuller House star took on her 22-year-old daughter to see who could identify the most children’s book characters in a rapid-fire quiz. TV Shows Ace previously reported that Candace released her third children’s book, Candace’s Playful Puppy.

It appears that the actress knows her children’s books. The mother-daughter-duo had to guess some of these classic children’s book characters. This is a great idea for any family members who are feeling bored during this time.

The Hallmark Channel star is known for her decades of work in the entertainment industry. But here’s something that fans don’t know about Candace Cameron Bure. She also knows her children’s books. She revealed that two of her greatest loves are children’s books and spending time with her only daughter.

Both Candace and Natasha admitted that they are “very competitive.” They took part in this fun quiz where they had to identify characters from some of the most popular children’s books, such as Eloise or Paddington the Bear. Also, they had to name which book the character came from. It’s not as easy as it seems – especially if you don’t always read children’s books. The race was close but ultimately one of them had to come out ahead.

Watch the video for yourself below:

Fans on YouTube showed their love for both ladies. One fan wrote, “Both are looking gorgeous! I love Candace’s shirt.” But some fans are disappointed that they weren’t well-versed in all children’s books.

“I’m kinda a little disappointed that Candace didn’t get the majority of the older books,” one user wrote. “These would have been read to her as a child. They were classics.”

But the quiz wasn’t as easy. That’s especially the case since the mom of three is raising three grown kids. Natasha truly outshined her on the topic. Maybe because she still remembers some of the books from her childhood.

Candace Cameron Bure recently channeled her inner Elle Woods for her latest Instagram post. Earlier this week, she took to Instagram to post a series of swimsuit photos that had her feeling like Reese Witherspoon’s iconic character from Legally Blonde. Candace showed off her incredible physique in a variety of styles.

Despite the raving comments, some weren’t happy with the post. One down user wrote: “Ok. Im [sic] glad you’re in shape. But lots of us are having a hard time.” The person then asked the actress to “maybe post some encouragement?” But Candace shares a lot of encouraging and inspiring posts on her Instagram page, especially during this season of Lent.

She posts more than just family photos on her account. She also shared videos of her workouts and hilarious clips. Candace also sprinkles in some teachings from her Christian faith. She wants to be a beacon of inspiration in these challenging times.