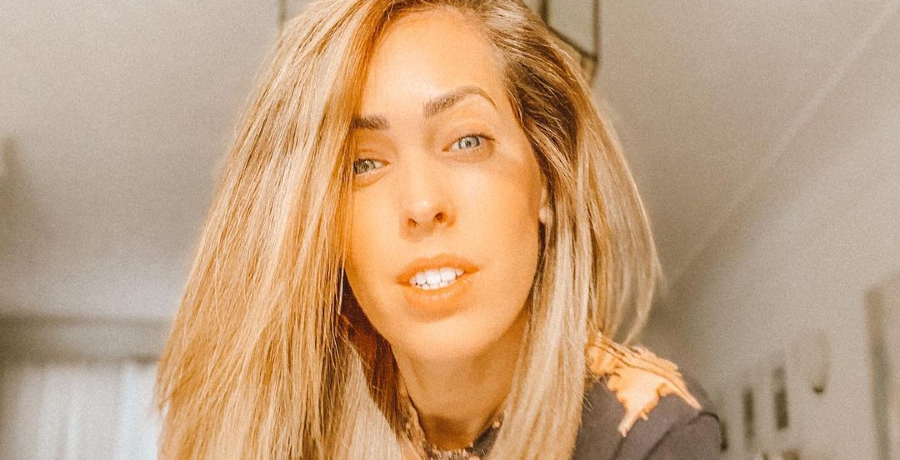 Below Deck Sailing Yacht Season 1 star Jenna MacGillivray shut down producer Jill Goslicky. Earlier this week, Goslicky and Captain Glenn Shephard took part in a Reddit Ask Me Anything. Goslicky feels that MacGillivray was cut from the series because of her relationship with chef Adam Glick. According to the producer, the chief stew’s performance slipped as a result.

Jenna got a lot of flak in Season 1. Fans slammed her for spending most of her time in the galley with Glick. Some of them joked that she wiped the same glass for the entire season. Of course, their boatmance had its share of ups and downs. Like most boatmances, it didn’t work out.

Now, Jenna is calling out the producer out and claiming that the service was “excellent.”

Below Deck Sailing Yacht fans asked Goslicky why MacGillivray didn’t return for the second season. The producer said that she loved working with the chief stewardess. However, she feels that MacGillivray’s work didn’t live up to expectations. According to Goslicky, she was too distracted by Glick.

“I think if I’m being truly honest… Jenna got swept up in a boatmance… and I think in that way, she didn’t allow herself to shine and show how amazing she truly is,” Goslicky wrote.

The Reddit user also expressed their disappointment that MacGillivray didn’t have the same “staying power” that Below Deck’s Kate Chastain and Below Deck Med’s Hannah Ferrier did. Goslicky agreed with the fan. Producers had the original intention of wanting MacGillivray “to have the staying power of Kate and Hannah.” They were hoping that she would return for another season.

MacGillivray caught wind of that Reddit AMA. She responded to Goslicky’s comments during an Instagram Live. On Thursday, March 4, the former Below Deck Sailing Yacht star decided to have a chat with her fans. During the short chat, MacGillivray talked about the new season, boatmances, and relationships in general.

MacGillivray also fired back at Goslicky. She admitted that her relationship with Glick wasn’t what she anticipated. But she feels that service never suffered during the charter season.

“My own view is that I really didn’t let my own work slip as a result of that,” MacGillivray said. “And I know that because no guest ever once complained about any service and they always said everything was excellent.”

But there’s one thing she would’ve changed. MacGillivray wished she had a better work relationship with stew with Georgia Grobler. She has a feeling they would have been better friends. As for Madison Stalker, she doesn’t feel they would have gotten along under any circumstance.

The Below Deck Sailing Yacht romance quickly came and went. Jenna admits that they no longer speak. She then said that viewers noted there were some funny moments during the season. But she wishes they could have seen a different side of her.