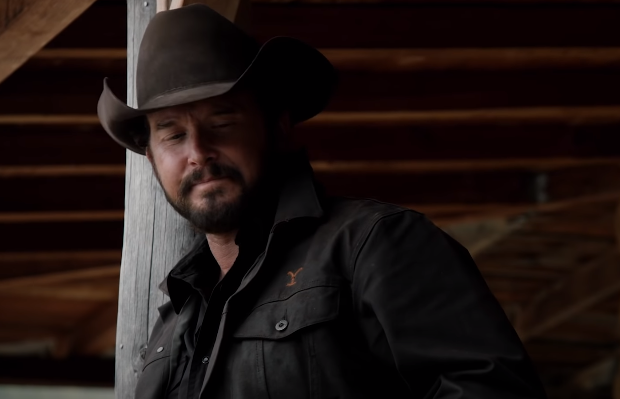 Yellowstone is one of the most popular shows on television. The series follows the Dutton family and their lives defending the largest contiguous cattle ranch in the United States. According to the recent Yellowstone prequel, the Yellowstone ranch was settled in 1883. Nearly 150 years later, the ranch is operated by John Dutton. Although John appears to be the most powerful man in Montana, there are plenty of individuals challenging this idea.

Season 1 introduced Thomas Rainwater. Rainwater is the chairman of the Confederated Tribes of Broken Rock as well as the leader of the Broken Rock Indian Reservation. He firmly believes and pursues the idea of returning the Yellowstone ranch to its original form. He wants to take the land, remove the fences, and return it to the way it was when his ancestors lived on the land. This sounds like a noble stance to take. However, nobody plays fair in Montana. Rainwater manipulates law and plays by his own rule all in the pursuit of this goal. These endeavors obviously do not sit well with John Dutton who uses his own resources to combat this plan. The confrontation turns deadly when John Dutton’s son, Lee Dutton, is killed. This creates a brutal conflict between John Dutton and Thomas Rainwater.

We won't be enemies as long as you continue watching the We Love Kevin Costner Marathon on @ParamountNet. "Draft Day" starts NOW! @modernwest #YellowstoneTV pic.twitter.com/ZEsmsRrZze

Although fighting the ever-growing number of hedge funds, out-of-state developers, as well as Thomas Rainwater that want to take control of the ranch is at stake, there are other aspects at stake as well. John Dutton has spent his life working, building, and protecting the ranch. The time and energy he has put into this endeavor have undoubtedly been an accomplishment. However, this has been at the expense of his children.

John’s wife Evelyn was killed when their children were young. This left John alone to parent his children having known only life as a rancher. Yellowstone creator Taylor Sheridan exposes this aspect in the series. The effects of John Dutton on his children is apparent in his children. John comes to realize this and attempts to reconcile and do better for his grandson Tate Dutton.

Season 3 brought about many character arcs. Beth, Kayce, and even Jamie all experience major changes. However, one character may be changing under the radar. Rip and Beth’s relationship evolves in Season 3 as the idea of children comes to light.

Although the fictional Rip of Yellowstone may never be a father, this is not true for star Cole Hauser. Hauser recently made several posts on his Instagram page regarding his children. He posted several photos of him and his daughter, Steely Rose, on a ski trip. He writes in the post,

“Cali skiing at its finest. #fatherdaughtertime another beautiful day.”

Hauser also took to Instagram to celebrate his son, Ryland Hauser, getting his license. Hauser writes,

“Look out world. Guess who has his driving license? @ryhauser to amazing adventures my boy!”

Although fatherhood may be something the men of Yellowstone struggle with, that cannot be said for the actors. Rip may never get the chance to be a father, but Cole Hauser has certainly proven to be a good one. Be sure to check back with TV Shows Ace for more news and updates.