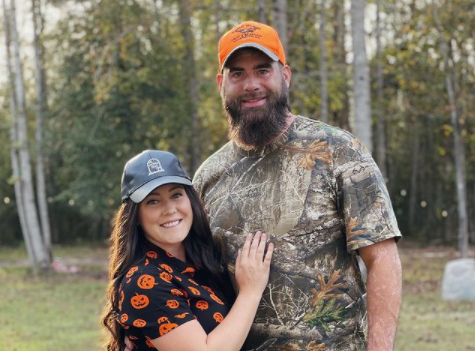 David Eason and Jenelle Evans have been in the public eye since they married back in 2017. While some fans may consider Eason a celebrity his actual income might surprise you. So, how does David Eason support Jenelle and their children? Let’s take a look at his net-worth.

What Does David Eason do for a Living?

Well, this question actually sounds a lot simpler to answer than it is. Unfortunately, if you are speaking in terms of ‘actual jobs’ David Eason has been unemployed for a fair part of the couple’s relationship. David’s lack of a job has been the topic of Teen Mom discussion boards, jokes, and various memes for years.

Eason, however, doesn’t see himself as unemployed so much as a ‘Jack of All Trades.’ The 32-year old reality personality believes himself to have a wide range of monetarily advantageous skills that range from ‘influencer’ to pipefitter. Eason’s wife, Teen Mom 2 alum, Jenelle Evans, says that he does have employable skills. In a recent TikTok video, Evans did a Q+A session with fans and ended up addressing this very issue.

When asked, “What does David do for a job? Has he ever had one while married to you?” Jenelle gives what a lot of fans felt was a candy-coated answer.  The reality-mom says that this is a question that ‘comes up a lot’ because fans ‘don’t really know him.’

What is David Eason’s Net Worth?

So, what is David’s net worth? According to Meaww, David was reported to be worth $400,000 as of 2019. At the time of this post, no updated information is available. However, the accuracy of that information is certainly up for debate.

Since splitting with MTV, their regular income has taken a significant hit. Consequently – it’s hard to say whether that valuation is still accurate now.

Jenelle’s social media posts reveal that David is not publicly employed. His wife reports that he stays home to help her with the kids. Jenelle says she needs the help because she ‘works from home right now.’ The pair consider themselves to be entrepreneurs, though their successes as independent businesspeople haven’t been very prominent.

Despite neither having a public job – we have to assume that they do have some sort of income if they are able to stay afloat and manage their household. 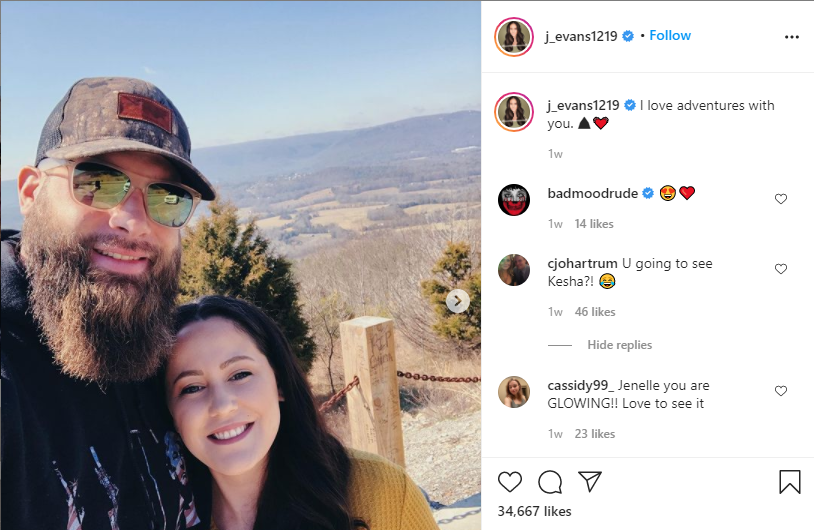 So, where is their money coming from? The two don’t appear to be living high on the hog – but with no public job and their reality careers in the toilet – money has to be coming from somewhere. Jenelle has over the last two years started her own YouTube channel and appears to be trying to try her hand as a celebrity influencer. The channel has nearly 200,000 subscribers with videos that have accumulated more than a million views – so, it’s safe to say that while probably not enough to get rich on, the monetization of the channel probably brings in a nice chunk of change each month.

Currently, the channel appears to be in its infancy. In recent months, Jenelle has mentioned purchasing new equipment for filming, so, she could be planning to put a bit more effort into this project.

Answer to @brizzle88_ When I met @easondavid and what he did for work. 💯

According to Jenelle, David brings in some money doing gig work. She says that he is a skilled ‘pipe fitter’ and that he ‘forges knives.’ So it’s possible he does this as an independent contractor. He also appears to have started a small business within the last year or so. He is listed as the owner of Black River Metal and Wood Inc., a small online store that sells handmade knives and some leather goods. The online store does have a less experienced, more primitive feel – but there’s no available information online to validate how well the company might be doing.

Whether or not David Eason’s published net worth is accurate is hard to tell. We can say, however, that the pair are attempting to create streams of revenue beyond reality TV.

While many fans have encouraged them to just ‘go get real jobs,’ the pair seem set on trying to make money doing things they enjoy.

Do you think Eason’s net worth is accurate? Let us know in the comments! As always, remember to check out our homepage daily for the latest on all your favorite reality and television celebrities.

Will There Be ‘When Calls The Heart’ 2021 Christmas Movie?
‘General Hospital’ Rumors: Is Hayden Barnes’ Returning To Port Charles?
Brush Up On Brendan Morais Before ‘Bachelor In Paradise’
‘Wicked Tuna: Outer Banks’ Season 8: Premiere Date, All Details
‘Young And The Restless’ WAIT!! Rey Rosales And Chelsea Lawson Fall In Love?