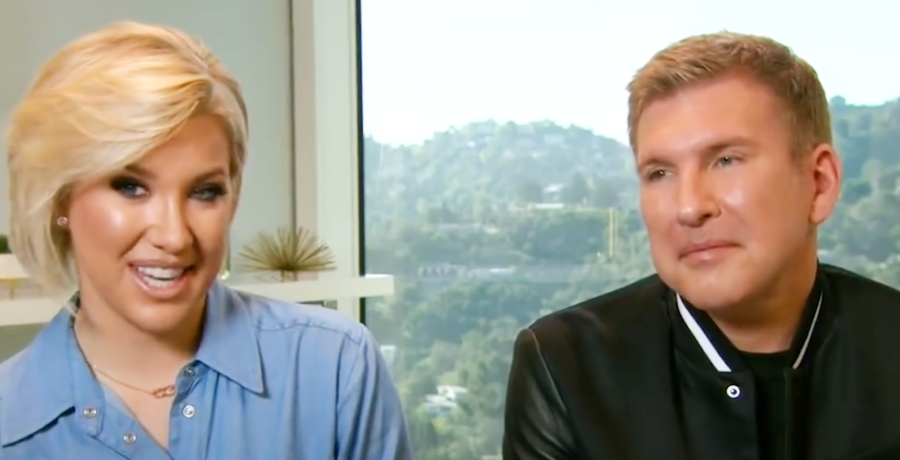 According to Savannah and Todd Chrisley, Chase is the worst in the family at one thing. He isn’t good at giving gifts. A sneak peek of the new episode of Chrisley Knows Best tonight shows the two reminiscing about gifts he’s given in the past.

The clip starts with Todd telling Chase he likes that he’s punctual more than his sister. Chase replies, “yes and I’m also on time a lot.” Savannah comes in carrying a bag Todd gave her and tells him he is great at it. Todd makes sure to point out how stylish her bag is and then says, “your daddy got that for you.” She says they share the love language of giving gifts. Both of them agree, Chase does not.

Why Do Savannah And Todd Chrisley Think This?

Taken aback Chase defends himself to Savannah and Todd Chrisley saying he’s been taught to be careful with money. They reminded him of forgetting Mother’s Day and giving Chloe, his niece who is seven, a check. Chase said he would love a check and didn’t see why it was a big deal.

On the Youtube sneak peek Savannah says he is only thoughtful when it’s convenient for him. Chase says in an interview he doesn’t think they give him enough credit. He says he has a lot of potential. When Savannah responds people get in trouble falling in love with potential, he says he doesn’t think the conversation is about him anymore. Also on tonight’s episode, Nanny Faye is talking about how she got all her beads. She said she worked for some and she bought some. When Todd looks at her like she’s nuts, she says, “I dropped it like it was hot, baby.”

What Else Did Chase Chrisley Forget?

Chase also embarrassed himself on his mother’s birthday same as Todd Chrisley reminded him he forgot Mother’s Day. Chase posted on his Instagram for Julie’s birthday, but it was the wrong day. It wasn’t entirely his fault, some websites have her birthday listed incorrectly. Of course, that would mean he was Googling when his mom’s birthday might be.

The post was up for fifteen minutes as TV Shows Ace reported, and then he took it down. Not before Savannah was able to post on it, “well it’s not even her birthday.” This just ties in with Chase and his terrible gift-giving. He didn’t even have the day right. The post was really sweet and he called his mom a beautiful angel. Savannah made sure to screenshot it so she could post it to her stories. Are you excited about the episode tonight? Do you think they should be giving him a hard time because it’s the thought that counts?