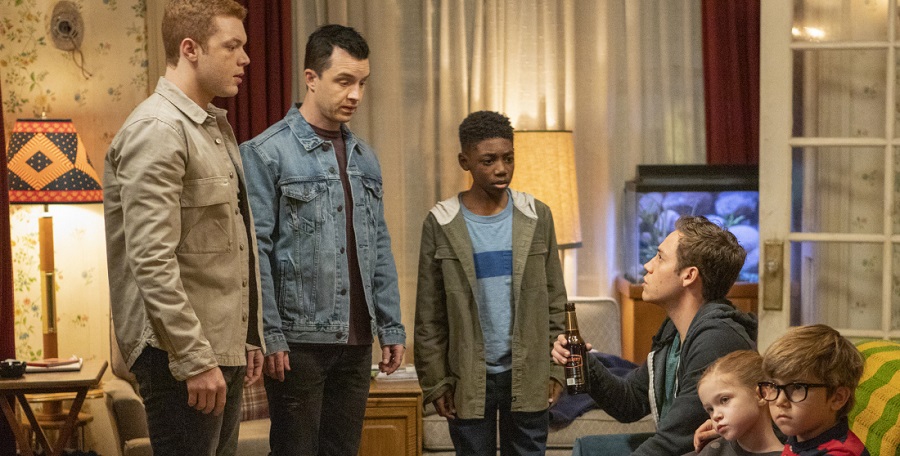 Why has the release schedule been so frustrating?

Shameless fans have not had pleasant things to say to Showtime about the two to three-week gaps between new episodes of the series. Many argue the network is ruining the final season by airing it in this manner. Now, Showtime tried to smooth things over by releasing a companion series called Hall of Shame. The idea was that the companion series would fill in the gaps between new episodes of Season 11. But, this really didn’t smooth things over. In fact, it only seemed to make fans more upset. Most agreed the companion series was “a waste of f*cking time.”

Ok so, when does Shameless Season 11, Episode 7 air?

Well, we have good news and we have bad news. The good news? Yes, there will be a new episode of the Showtime hit series this week. Shameless Season 11, Episode 7 titled, “Two at a Biker Bar, One in the Lake” can be expected during its usual Sunday timeslot. The synopsis of the official episode reads:

The Gallaghers disagree on the fate of their childhood home; Ian and Mickey seek out gay friends; Debbie and Sandy have a visitor from Sandy’s past; Lip and Brad prepare to sell stolen bikes; Liam and Veronica hope to pass the rent control bill.”

We can also confirm that Season 11, Episode 8 will air the following week at its usual time slot as well. This episode is titled, “Cancelled”. The synopsis for this episode reads:

“Frank and Liam compete in a renaming contest of the middle school; Debbie has a day of zero responsibilities; Kevin tries to cheer up Veronica; Carl is put on vice squad. Lip has a close encounter with the law.”

Now, Showtime gives even more good news on Instagram. Season 11 of Shameless will play straight through the next six weeks. But, this also comes with some bad news… This will be the last six episodes of Shameless. So, the countdown to this beautiful, dramatic, and dysfunctional series has finally begun. And, if you are like us, you probably aren’t ready or willing to say goodbye.

So, are you happy to know the random gaps between new episodes will end? Does it make you sad to know Shameless almost over for good?

Tune in to Showtime on Sunday nights for all-new episodes of Shameless. New episodes are also available via the streaming app.