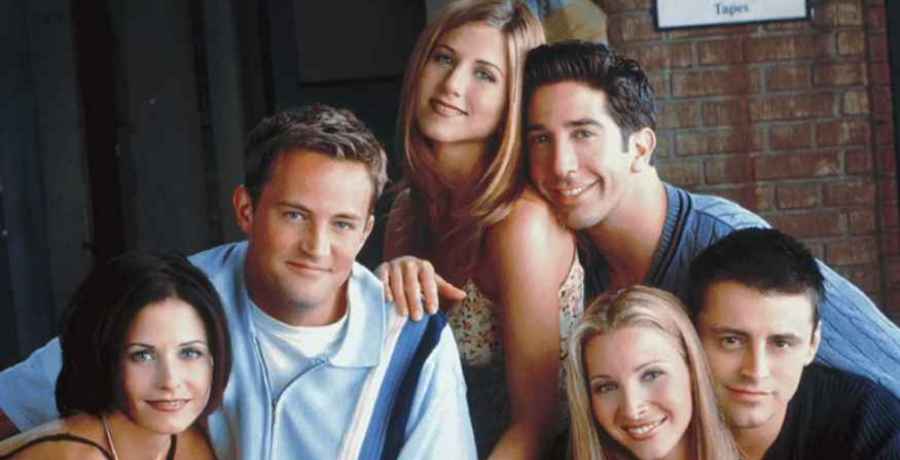 Various cast members have offered up the latest news about the much-anticipated Friends reunion. The special was delayed in August 2020 over concerns about shooting with a live audience in the COVID-19 pandemic. The cast is giving us hints, but not much more at this stage. However, the good news is, it looks like the special is definitely coming.

Jennifer Aniston on the Friends reunion

Jennifer Aniston spoke up when the Friends reunion was postponed again in August 2020. She said that it is “very sad” that they had to move it again. Aniston admitted that it isn’t a safe time to shoot a live performance with a studio full of people. However, she did insist that when it finally happens, “It’s going to be super.”

Jennifer said that the delays have also given them more time to make the reunion even more exciting and fun than ever. In fact, she likes to see the situation as the “glass is half-full.”  She said, “Look, we’re not going anywhere.” Aniston said we are never going to get rid of Friends and are stuck with them for life.

Who is hosting the reunion?

During a September 2020 episode of Sirius XM’s Radio Andy, Lisa Kudrow hinted that Ellen DeGeneres could be hosting the Friends reunion. She told host Andy Cohen that she doesn’t really know if that has been decided.

Lisa joked about what type of reunion fans can expect. She said, “Well, I think we’re going to sit around like a really nice restaurant, and have you host and start screaming at each other … No, that’s not, I don’t know. I can’t say.”

On November 12, Matthew Perry sent out a tweet about the special. In fact, he tweeted that the Friends reunion was rescheduled for the beginning of March. Perry wrote that it looked like they had a busy year coming up. According to Matthew, that’s the way he likes it.

Back in January 2021, Kudrow revealed that certain scenes for the Friends special have already been filmed. Speaking on the Literally! With Rob Lowe podcast, she explained that there are different facets to the special. On the show, Lisa said they have already shot several things. Kudrow said that as they have pre-shot something, the reunion is definitely happening.

David Schwimmer on the Friends reunion

While Perry had said it was coming in early March, David Schwimmer recently spoke up. As noted by Us Weekly, he said in a little over a month, he is heading to Los Angeles. Schwimmer said they had finally figured out a way to film the special safety. He said there is going to be a part of it that they filmed outside, because of the safety protocols.

Schwimmer was speaking on Radio Andy recently and also denied that Ellen Degeneres is going to be the host. He said, “It’s not Ellen, it’s not Billy Crystal. I could tell you who it’s not!” However, unfortunately for us, he couldn’t tell us who it is.

Keep up with TV Shows Ace for more news on the long-awaited Friends reunion.