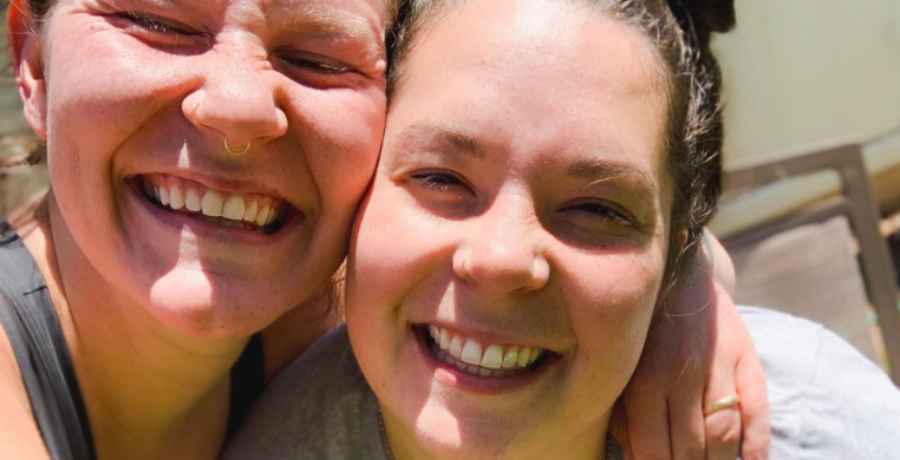 Sister Wives stars Meri and Kody Brown were recently visited by their daughter, Mariah Brown. Mariah and her fiancé Audrey visited the family in Flagstaff to share some great news. The couple is planning on moving to Utah. This could be just the news Meri needs to cheer her up in this difficult time.

Unfortunately, Janelle and Kody were both out of town when Mariah and Audrey turned up at Meri’s house. However, the rest of the family headed to Meri’s home, including Christine, Robyn and their kids. The Brown children were excited to see Mariah, whom they haven’t seen for more than a year.

Currently, Mariah and Audrey live in Chicago. This means that the family can’t visit them often due to the distance, which Christine finds very sad. However, Audrey and Mariah sat on the couch to let everyone know how much they had missed them.

Meri was thrilled when Mariah announced that she and Audrey are moving back to Utah. She said, “Isn’t this the most exciting thing you’ve heard in your life? I mean, it is for me!” Christine also said this was the “best news ever.” She then joked about moving to Utah herself.

Mariah and Audrey planning a family of their own

Mariah apologized for not visiting for so long. She said she and Audrey were moving to Utah to be closer to the family. Audrey is a Utah native, so it only makes sense for them to decide to move there. Mariah and Audrey did say they love Chicago but said it was time for them to leave.

Audrey said that this is especially so, as they are planning to look into having a family. Being closer to family and friends will give them that much more support in their endeavors. Mariah said, “Eventually, yes, we will start a family.” However, she added, “Don’t worry, we’re gonna [sic] get married first.”

Meri was so excited at the thought of planning Mariah and Audrey’s wedding. It looks like the mother and daughter have improved their relationship and now support each other more than ever.

Mariah told Robyn that she will be finishing her semester at her current college first. She will then transfer to the University of Utah. Mariah explained how much tougher it was for Audrey living in Chicago. She said she has never been that far away from her Utah family. She realized that she herself hadn’t been home with the family for Christmas in the last two years. This was another part of their decision to move home.

Bond between the siblings

As noted by Monsters and Critics, Meri noted how Mariah has always had a close bond with her siblings. Christine agreed, saying that Mariah “always embraced the kids with extreme enthusiasm.”

However, there are more reasons for the couple’s move. Audrey admitted she has struggled with mental health issues since moving to Chicago. She said she doesn’t interact so much with other people while working from home. Meri went on to say how happy Kody would be to hear the news, as he loves having the kids close by.

Keep up with the family on Sister Wives on TLC, Sundays at 10 pm ET.