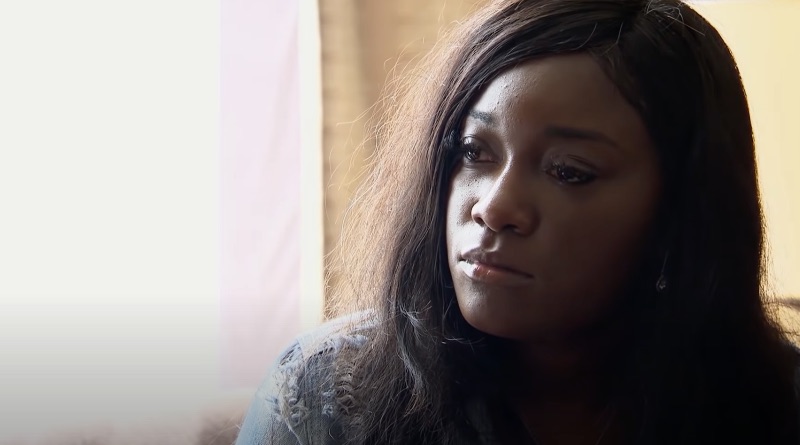 Married at First Sight wife, Paige Banks, recently dishes on her intense sit-down between husband, Chris Williams, and his ex. It’s one of the juicier storylines so far this season. And watchers will see the face-off in the next episode. What did Paige reveal?

Married at First Sight spoilers tease an intense meeting between Paige Banks, Chris Williams, and his former flame, Mercedes Myrick. Chris and Paige were about to start their lives together as husband and wife. But Chris’ past came back with a vengeance. And Paige had to deal with the fallout.

In an unprecedented move for the franchise, Married at First Sight spoilers tease Paige Banks confronting both her husband and his ex-fiance. And after everything Chris put her through so far on the Lifetime season, many viewers hope she gets some type of closure.

Paige Opens Up About Drama-Filled Meeting

Paige Banks recently broke her silence about the whole thing. And she spilled the tea exclusively to Ebony. According to Paige, she had no interest in meeting her hubby’s ex at all. And she added that the only reason she even agreed to it was “out of respect to the process.”

Trusting the Married at First Sight process is a recurring theme with every new season of the Lifetime show. And based on Paige Banks’ response, it seems she was committed to seeing the process through – even after everything she went through as a result of being paired with Chris Williams.

In the eyes of many Married at First Sight viewers, the “process” failed Paige by matching her with Chris Williams. Still, even after everything she went through, it’s clear she respected the process enough to put herself through even more drama with this face-to-face meeting.

Adding even more intrigue to this Married at First Sight storyline, the latest speculation suggests that Chris Williams’ ex wasn’t even pregnant with his child. And that this could have been intentional misdirection to get Chris out of his marriage to Paige Banks.

Turns out, Chris Williams was recently in Cancun, Mexico, with Mercedes. And based on the latest from that situation, it seems she drank alcohol. And it looks like she didn’t appear to be pregnant during the getaway. Even though Married at First Sight films in advance, it doesn’t look like there was enough time for her to carry a pregnancy to full term. And that only fuels the speculation that she was never pregnant with Chris’ child in the first place.

With everything going on in current episodes and off-camera, this sets the stage for a lot of drama leading up to the highly-anticipated meeting. And viewers won’t want to miss this when the next episode airs.

‘Counting Cars’ Is Back With More Sin City Restorations, Alice Cooper!
‘The Bold & The Beautiful’ Spoilers, July 26-30, 2021: Finn Gets A Family
Tyler Cameron Gets Real About Hannah Brown Fantasy Suite & New Girlfriend
Adam & Danielle Busby DRAGGED For Getting ANOTHER Designer Dog
‘Y&R’ Spoilers: Sharon Blows Up Her Marriage – Gives In To Adam?