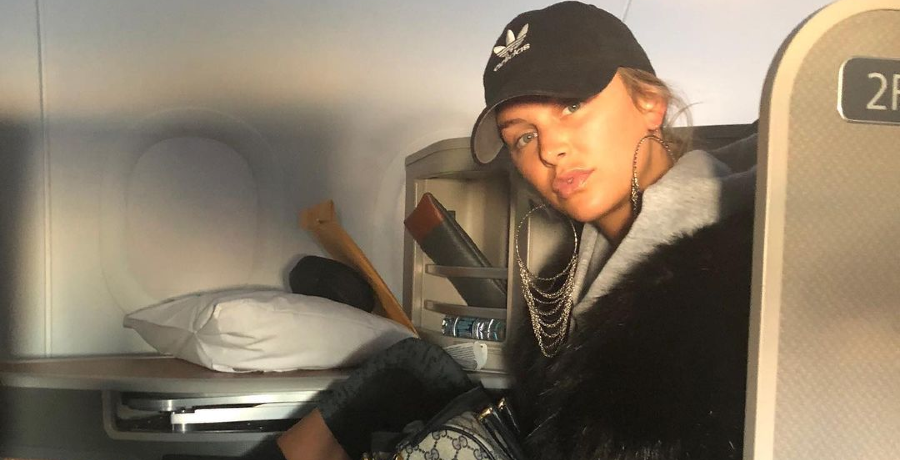 Lala Kent posed nude for a maternity shoot. Also, she sat down for an exclusive interview with People Magazine. The Vanderpump Rules star talked candidly about the excitement she feels over her baby girl. She even teased the name that she picked out for her baby.

The reality star is preparing to welcome her baby girl with her fiance, Randall Emmett. Previously, she hinted on her private Instagram account @givethemlalababy that she could give birth early. Lala even shared some of her pregnancy struggles. The cast member has been keeping her fans and followers updated with her journey on social media.

In her exclusive interview with People, Lala Kent teased the name she chose for her unborn child. She wouldn’t reveal what name she had in mind. Instead, she only said that it’s “different” and that “we think it’s perfect for baby girl.”

As for her baby’s arrival, Lala exclaimed that she has “never been this excited for anything in my entire life.” Of course, she has her share of doubts and concerns like most new moms. She has expressed some of those concerns on @givethemlalababy. But in the new issue of People, she said that she can’t wait to meet her little bundle of joy. However, she has a hard time imagining it.

“There are things in life that I can picture, though giving birth and meeting my daughter is something I can’t,” Lala explained. “I have heard that this moment is unlike anything else. To think about that day coming excites me more than I can explain.”

The Bravo star is ready to become a mom. She called it an “emotional” experience. Lala admits that her “hormones have gotten the best of me, mentally.” But now that she’s in her final trimester, she’s “happy and excited.” Although she asks many questions on social media, she feels “ready to be a mama!”

In early February, Lala teased her little girl’s name. She shared a baby bump photo via her Instagram Stories. At the time, she revealed that her daughter’s name would start with the letter “O.”

On Wednesday, March 3, Lala Kent asked her followers another question. She wanted stories from those who have given birth during the pandemic. The podcast host already received many comments in that post alone. Lala could deliver her baby early due to her health complications.

Unfortunately, her pregnancy hasn’t been easy. She previously shared the health issues she’s had since the start of her pregnancy. Lala had bleeding during the sixth week. Doctors found that her placenta was maturing too quickly.

This could also change her due date. Lala was initially scheduled to give birth in April. But now she could give birth within 1 to 3 weeks. Thankfully, Lala has a safe place where she can share her struggles and concerns about motherhood without hate.

What are your guesses for Lala’s baby girl’s name? Sound off in the comments below.