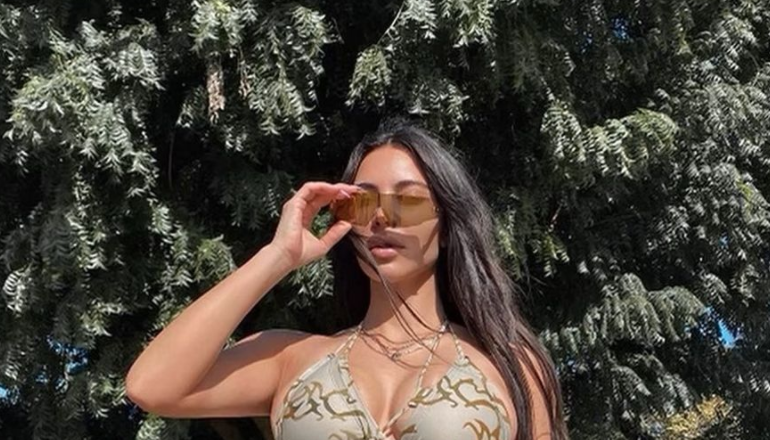 Kim and Kanye spent a very long time building their family home in Hiden Hills. Kanye West is even the one who designed the property. However, Kim Kardashian will continue living there and Kanye will move out TMZ says.

The house is absolutely stunning and gives off a minimalist, museum feel. Of course, Kim is in love with the house and wants to stay. Not only that, but her whole family is right there. They all live within blocks of each other. Other than the kids, Kanye doesn’t have any family in the area. It makes sense that he would move and let his kids stay close to their grandma and aunts. This is also really the only house the kids have ever known. It makes the most sense to have them there most of the time.

There’s no telling where Kanye will decide to live. It seems he would want to be close to his children. However, lately, he has been staying at his Wyoming ranch. Since he does have a substantial amount of money, he should still be able to see the kids a lot no matter where he lives.

How are Kim and Kanye doing?

Kim Kardashian is doing well sources say. She actually feels relieved since this divorce has been weighing on her for a while.

The source says, “she is happy to see that chapter close. She knows that it is what is healthiest for her and her family and she is ready to put this hardship behind her both publicly and personally.”

Kanye is taking it a bit harder though. Sources say that having joint custody of his four children is making the whole thing a bit easier. Kanye hopes that someday he and Kim will be able to reconcile.

“The divorce has been difficult for him, but knowing that he has access to his little ones and has split custody is making the transition easier,” a source reports. “Kim and Kanye are in contact with regards to their kids. Kanye has hope that they will reconcile, but he is not expecting that in the immediate future.”

Are you sad about Kim Kardashian and Kanye West splitting up? Let us know in the comments below. Come back to TV Shows Ace for more news on all of your favorite reality TV stars.