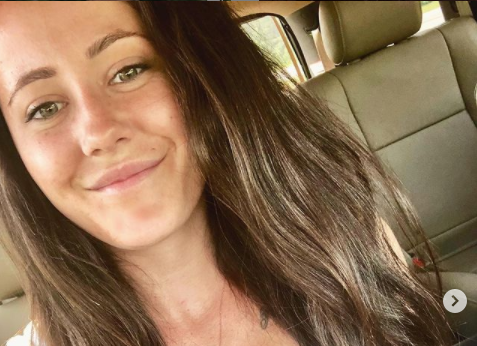 Former MTV star, Jenelle Evans claims that she “can’t walk” after her recent spinal surgery. Is she exaggerating? Many people think she might be.

On Sunday, Jenelle Evans took to social media to update her fans on her health. The former reality celeb recently underwent a spinal procedure that was intended to help doctors capture images of her spine. Unfortunately, Jenelle says, the surgery is not as easy to recover from as one might think.

In her Instagram stories from over the weekend, Evans posted a video talking about the procedure and the recovery process that she is going through.

“On a real note, please don’t ever get this done… Y’all told me it wouldn’t be so bad but not I’m sitting here like can’t really walk,” she told her followers. She goes on to describe her pain levels and says that there are some definite, unexpected side-effects post-surgery.  The 29-year-old mom-of-three says that the procedure was exceedingly painful and was a lot more invasive than she expected.

“I have sciatica on my legs and it was way worse than I thought it would be. ” – Jenelle Evans

Why Did Jenelle Have Back Surgery?

According to The Sun,  Jenelle had a procedure known as a CT Myelogram. Jenelle seemed to insinuate that fans were confusing this with a CT scan, which is much less invasive. What is a CT myelogram? Essentially the procedure is used to inject die into the spinal cord to help create contrast for imaging. This allows them to get brighter, clearer pictures during a CT scan that really highlight issues that otherwise would go unseen.

Just link a spinal tap or epidural and these procedures can be very painful. You are not sedated for a CT Myelogram and it does have potential side effects and complications.

What Were Jenelle Evans’ Doctors Looking for?

Nobody is sure what doctors were searching for. The now unemployed former reality star told fans on social media that she was having the procedure done so they could help treat what she called a ‘neck popping issue.’  What is the ‘neck popping issue’ and why does it require an invasive testing procedure? Most viewers aren’t sure. However, speculation remains that since the doctors were willing to perform something as invasive as a CT Myelogram, there must be a potentially serious issue they are investigating. 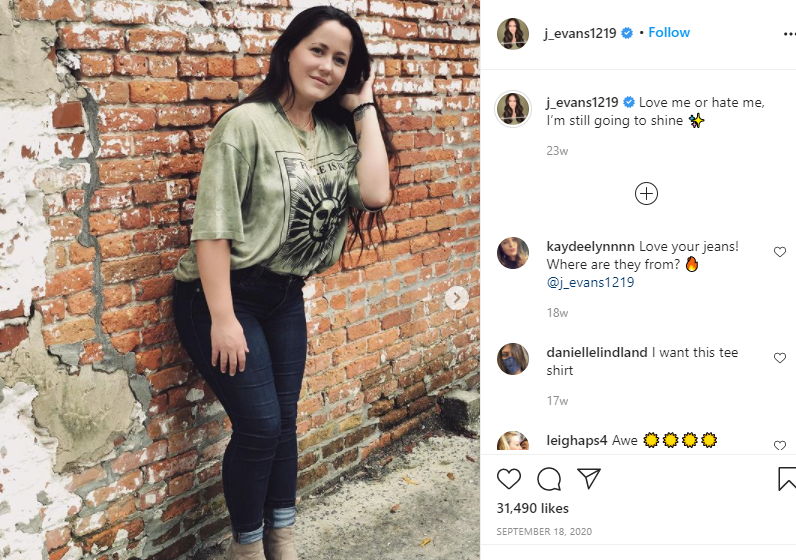 Is She Exaggerating Her Post-Op Condition?

Obviously, nobody can say with any authority how much pain Jenelle Evans is in. We certainly wish her the best and hope that she is recovering comfortably. Some fans, however, think that the dejected reality star is milking the situation for the attention and views she’s been lacking since her split with MTV.

In her recent live social media videos with fans, Jenelle tells us that she ‘cannot walk’ and has been left bedridden in the days following her spinal procedure. She told fans on Instagram that the CT Myelogram caused sciatica in her legs and that she is in pain. The mom-of-three also says that she has to lay still on her back during the recovery so she doesn’t leak spinal fluid from the incision site.

So why are fans in doubt? It doesn’t seem like they doubt her procedure. She seems to know enough about it that it’s plausible that she’s had one. What fans find a little hard to swallow is how ‘hard’ her recovery has been. They can’t seem to swallow her being ‘bedridden’ and potentially at risk of ‘leaking spinal fluid’– all while being in full facial glam and doing Instagram lives.

Sources such as The Hollywood Gossip have labeled Jenelle a ‘pathological liar’. The Now 29-year-old Jenelle has a long, sordid history of being less than truthful with the media about her actions. She has shown the public time and time again that she will not willingly take responsibility for her actions.  As far as Teen Mom fans are concerned – many feel her to be one of the most disliked cast members the show has ever seen.

In fact, Fame 10 ranks her at #2 in their Top 5 ‘Most Hated Teen Moms,’ surpassed only by Farrah Abraham.

So, considering viewers tend to be wary of anything Jenelle says – it’s easy to understand why they don’t believe she’s in anguish.

What do you think?  Do you think Jenelle is truly home suffering? Is she milking the medical procedure to get attention from fans? Let us know your thoughts in the comments!