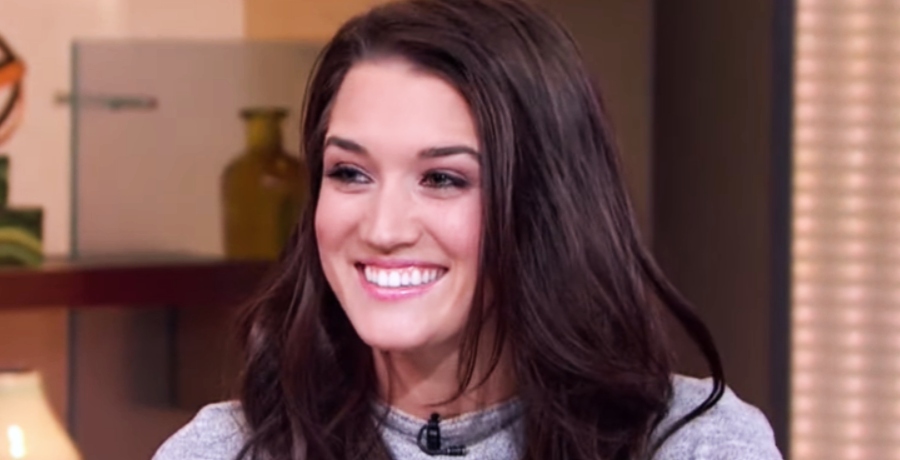 Jade Roper had a scary flashback when she heard a crash in her house recently. The day after she gave birth to her son Reed, Emmy her older child fell down the stairs.  She wasn’t sure how badly she might have been hurt, and of course, panicked. Like any mom and especially a mom of toddlers you always worry about your kids.

Despite having just given birth she flew downstairs to check on her. She posted about the incident on Instagram and said she fell down half a flight. It knocked one of her teeth out and they couldn’t save it. So, when Jade heard a crash in her house she freaked out thinking it was one of the kids. Jade Roper is a Bachelor nation fan favorite and found love with Tanner Tolbert on Bachelor in Paradise. The two have shown up on various seasons of the show throughout the years.

What Created The Large Crash In Jade Roper’s House?

Jade Roper posted in her stories, “after Emmy fell down the stairs the day after Reed was born, any loud sound in the house triggers me.” She went on to say she immediately thinks something bad had happened. Going through all the awful scenarios in her mind she ran to the source of the noise and found shattered glass everywhere.

She shared having a scary incident with your child, as a mom, you have to hold it all together. Roper held it together but said the tears came later. She said she kept telling herself it could have been a lot worse. The shower door, which is glass, in their bathroom broke when her son Brooks pushed on it. When he pushed it somehow it fractured and broke sending a spray of glass everywhere.

Did The Shattering Door Hurt Anyone?

Jade Roper shared a picture of the door on her Instagram and how crazy it was. There’s glass everywhere. Jade Roper said Brooks pushed on the door. She said luckily Tanner was in the bathroom with him. He managed to move Brooks in a way that the cuts he got were minor, but it scared Jade to death.

Tanner and Jade love being parents. In a recent interview with Heavy, the couple discussed if they’d have another baby and add a fourth child. Currently, they are unsure, but not against it. When one fan said she wanted more kids but Tanner didn’t, she responded. She said, “partially true. On a scale, I’d lean towards 75 percent wanting another. Tanner would probably say there’s a 25 percent chance. So many factors going into whether or not we’d have a fourth though.”

Have you had a similar scary scenario with your kids? What do you think of Jade’s bathroom fiasco? Comment your thoughts below.