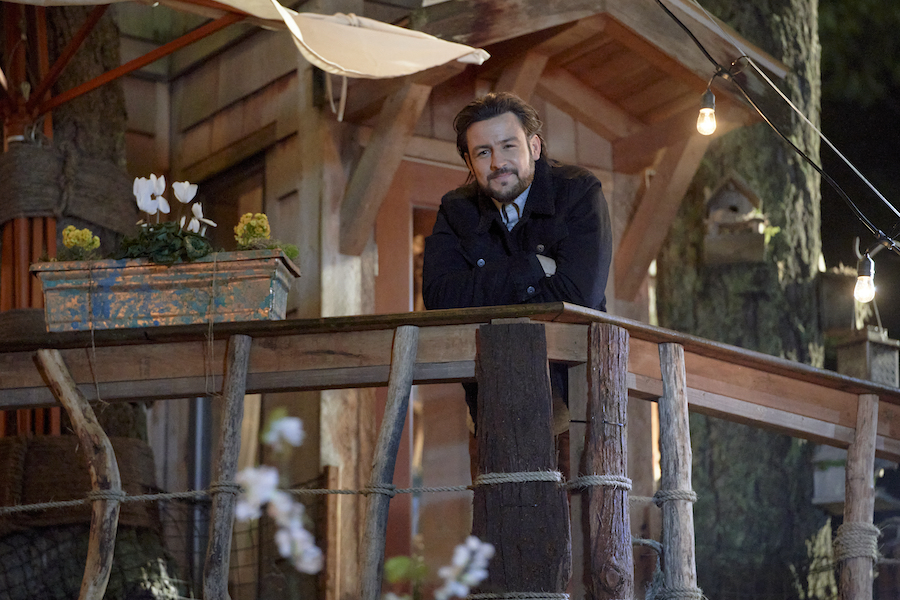 Hallmark’s sultry new Love Ever After movie, It Was Always You, was quite a success. This movie stars the dream team of Erin Krakow (When Calls The Heart) and Tyler Hynes (On The 12th Date Of Christmas).

What is the milestone and will there be a sequel?

The Hallmark Channel’s It Was Always You was the most-watched show on cable, on Saturday night. According to Cable News Watch, who posted on Twitter, 2.5 million people tuned in to watch It Was Always You.

Hallmark is ready to conclude the Love Ever After movies with It Was Always You. According to their press release, Elizabeth (Krakow) has her engagement all planned out. But, her fiancé is trapped on the other side of town. That is because there is a nasty storm and he is absolutely stuck.

Unfortunately, this means that she needs to take care of all of these important details on her own. However, her fiancé’s “free-spirited” brother did make it into town. David (Hynes) adds another wrench to Elizabeth’s plans. She still needs to plan her fabulous engagement party. Now, David is around to help her organize things while making her question what she is really doing with her life.

This movie has an incredible treehouse and some real attraction between the two leads. This movie will certainly please both the Hearties and the “Hynies.” Both stars are fan favorites and fans are just buzzing over this new movie. Fans cannot wait.

Hallmark Stars Want It Was Always You Sequel

Both Tyler Hynes and Erin Krakow want a sequel to Hallmark’s It Was Always You. They were each separately on the Deck The Hallmark podcast, and each loved working together so much, they hoped for a sequel.

On the show, the WCTH star shared that she would like to see a destination sequel. Maybe they could go to Rome? Or, perhaps Greece, a place that Erin shared she wants to visit, and a place that Tyler loves.

The two had such great chemistry, that even though Bran, Dan and Panda had some reservations about the lack of propriety of a brother, David (Hynes), coming back home and taking away his brother’s fiance, they could not object that this movie was extra special.

Of course, that is no surprise to Hearties and Hynies, the enthusiastic fan groups.

Of course, Hallmark fans want to see It Was Always You sequel. One fan tweeted to the news about the success,  “As it should have. Best movie in a good while from Hallmark. I love this movie, I love these two together. Sequel and or series please!”

Is ‘Wicked Tuna’ Real Or Staged For The Entertainment Value?
Why Are ‘Unexpected’ Stars Lilly & Lawrence Overwhelmed & Annoyed?
Dayna Kathan Not Returning To ‘Vanderpump Rules’: Who’s Left?
Tammy Slaton Demands Fans Give Her The ‘Credit’ She ‘Deserves’
Bennett Jordan Dishes On Talking To Peter Weber About Kelley Flanagan