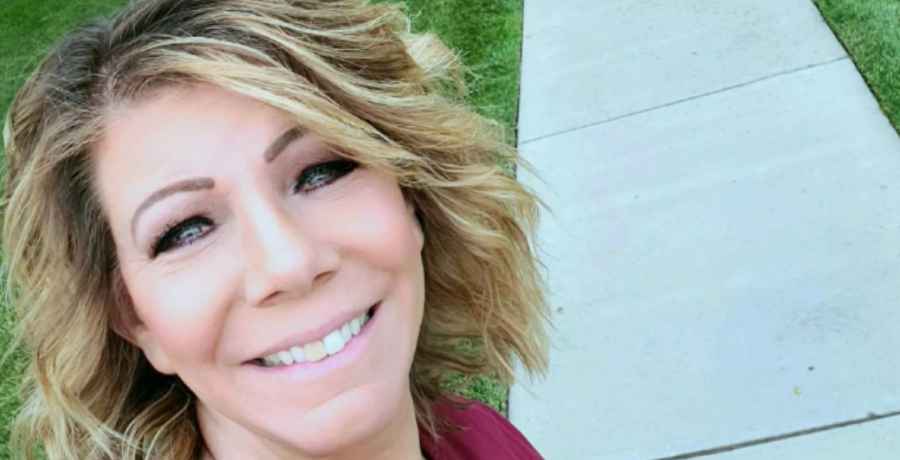 Meri Brown spoke up on Sunday night on the Sister Wives live tweet, calling out Kody over the controversy over Coyote Pass. She also responded to a fan by writing that the show has never been scripted.

During the Sister Wives live tweet on Sunday night, Meri Brown was more vocal than usual. Part of this related to a controversy over the Coyote Pass property that she didn’t even know was an issue.

A fan tweeted, writing “I’m curious, did you know there was this apparent concern if you got the property by the pond? I find that comment so weird and unfounded, curious if someone has really said that or if its [sic] just Kody trying to make more issues in the decisions.” In response, Meri wrote, “That was the first I had heard about it.”

That was the first I had heard about it https://t.co/pGL6PcFRdk

On Sunday’s episode of Sister Wives, Meri, Kody and Robyn made a visit to Coyote Pass at Robyn’s request. Reportedly, their last visit to the property had ended in a big disagreement. Robyn wants the three of them to form a truce.

While Kody and Meri tried to work out their problems, Robyn acted as a neutral third party. They did, eventually, walk away hand-in-hand, having worked out their differences. However, it was pretty tough watching them get to that point. Meri claimed that she wasn’t aware of a problem with her living close to the pond.  Kody told her that the rest of the family was concerned over where she wants to build on her lot, which is close to the pond on the property.

Meri explained that she wants to build a home with a deck overlooking the pond. However, Kody responded that the rest of the family is concerned over this. He said that should she build so close to the pond, they would feel that they don’t have access to it. Looking at Meri’s tweet, it seems she was never made aware of this concern.

Is the TLC reality show scripted?

During the live tweet, another fan sent a since-deleted tweet to Meri. The fan referred to the current troubles between Meri and Kody. They wrote, “I seriously hope this show is “scripted” and this heartbreaking marriage is for ratings and not your true relationship.” As noted by Monsters and Critics, Meri replied, writing, “We’ve never scripted our show.” 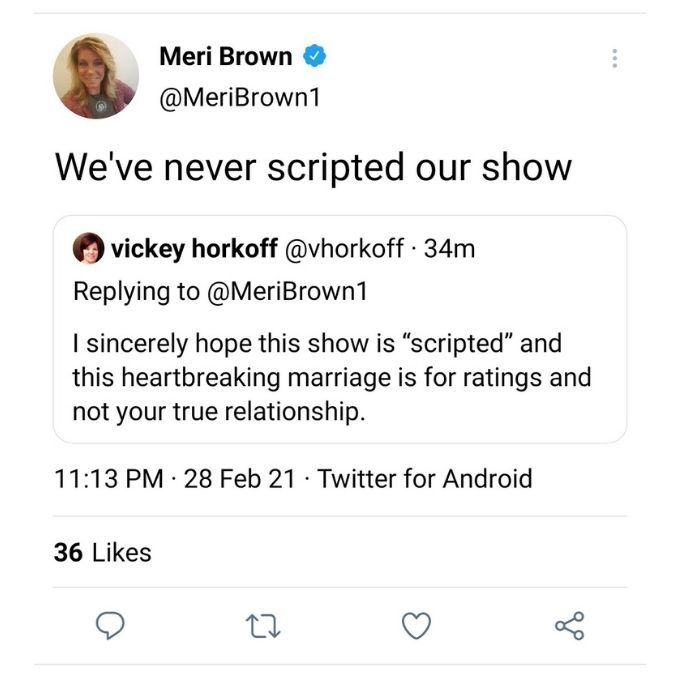 As fans know, this is, unfortunately, true. In fact, her simple response implies her marriage to Kody is “heartbreaking.” However, the way  TLC portrays their marriage is completely accurate. In fact, the way Kody portrays his marriage to Meri is that it is  “at best distant and amicable.”

Relationship problems for Kody and his wives

During the current season, the relationship problems between Kody and his four wives have come to a head. However, Kody and Meri particularly have struggled with their relationship for a number of seasons. Kody recently said that his relationship with Meri was “in a dark place.” However, he added that any of his wives are free to leave their marriages, but he can never divorce them.

Keep up with Sister Wives on TLC, Sunday at 10 pm ET.