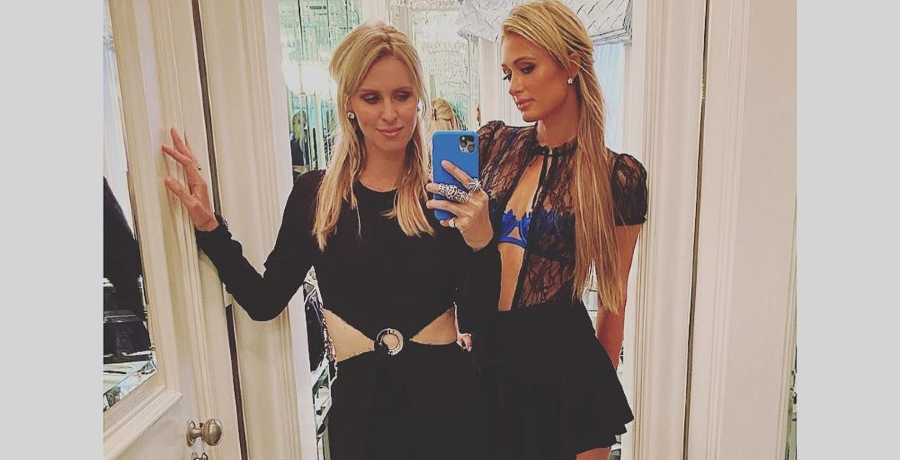 Paris and Nicky Hilton had a lot to say about Season 11 of The Real Housewives of Beverly Hills. The sisters spoke out about a particular scene on the latest episode of This Is Paris podcast. Nicky recalled a time when her brother Barron talked about a fight that took place at Kathy’s home. He could hear the RHOBH cast members yelling from his bedroom.

However, Barron couldn’t tell who was yelling. There were so many voices that it was hard to tell. Paris finds the moment amusing. She called her mom “one of the funniest people in the entire world.” And she feels the same way about her aunt, Kyle Richards.

Will RHOBH Season 11 have an explosive fight?

Paris and Nicky Hilton had a lot to say about that fight. Their little brother, Barron Hilton, was the one who witnessed it. He shared that moment with the Hilton sisters. He could hear all of the RHOBH cast members screaming at each other.

“My mother is one of the funniest people in the world,” Nicky said. “And so is my aunt Kyle, so it’s definitely entertaining.”

Rumors swirled that Kathy and Kyle argue this season. Kyle is not happy that her sister is on the show. However, Erika has been having her own share of drama. Her estranged husband, Thomas Girardi, has been ordered to vacate the $16 million property they once owned together.

On Monday, March 1, The Blast obtained the latest court documents. The trustee who is presiding over Thomas’s Chapter 7 bankruptcy has reached a deal with his conservator. Now, the lawyer will have to leave his longtime Pasadena mansion once the trustee finds a buyer. The proceeds of the sale will go towards Thomas’s numerous creditors. The hotshot attorney is involved in a series of legal cases.

Paris and Nicky Hilton weren’t happy with Kathy Hilton. In October 2020, she confirmed that she was appearing in the upcoming season of RHOBH. During the podcast episode, they admitted that their mother was “so shady about the whole thing.” When they got word that Kathy was joining the show, they came to her. But Kathy lied and said, “that’s total bulls***.”

Nicky said Kathy outright denied it. Then the story gets picked up once again and so she asks her mom again. Finally, Kathy admits that Bravo producers approached but she probably wouldn’t go through with it. Then People Magazine confirmed that Kathy will be joining the show.

Nicky said that her mom was afraid to speak to her a few days after. While Nicky loves the show, she doesn’t like the idea of her mom being on a reality show. “Believe it or not, my mother has never seen the show,” Nicky continued. “My mom doesn’t watch TV.”

However, Paris and Nicky think their mom would be a great addition to the cast. They think the COVID-19 pandemic encouraged her to join.

But then Nicky added that their mom is “bored” and “looks better than ever.” Currently, a premiere date for RHOBH Season 11 has not been announced.