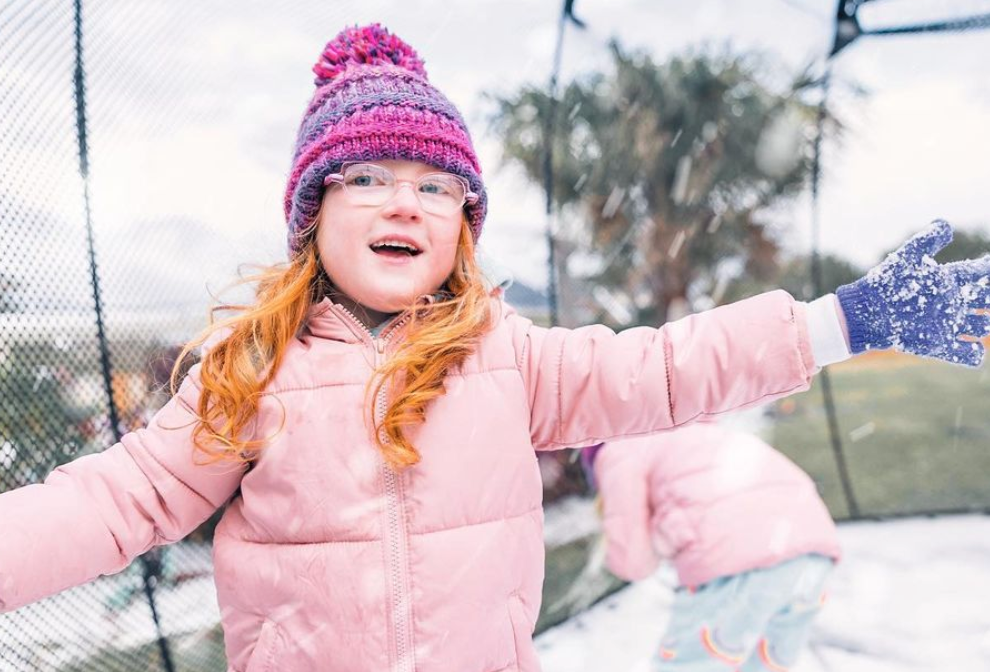 Fans of TLC’s OutDaughtered may have heard about Hazel Busby’s boyfriend. The five-year-old already has a love interest.

Hazel’s boyfriend’s name is Graham, and he’s been a part of the family’s life for a while now. As we previously reported, the Busby girls got to celebrate his birthday with him recently

In a new clip from the show, TLC gives fans a peek into the little girl’s relationship. In the clip, the Busbys are having work done on their house. So, they don’t have a kitchen sink. To help with this, they are having a sink installed outside. Their plumber happens to be the father of Hazel’s boyfriend.

In the clip, the girls are playing outside in the pool. Then, the plumber pulls up, along with Graham and his mom. Graham gets out of the car and tells Hazel he’s missed her, but she isn’t sure what to say.

Later, he gets in the pool to swim with the girls, but Hazel doesn’t seem to be interested in him. He shows off his tricks, and she doesn’t pay much attention.

At the end of the video, Hazel finally warms up and starts jumping in to show off for Graham. She also introduces Graham to the producers. The little ones explain that they met at school. Graham says he wants to go back to school now.

What does Uncle Dale have to say about Graham?

During an episode of OutDaughtered, the topic of Graham was brought up to Uncle Dale Mills. Fans know that Hazel and Uncle Dale are very close. He’s protective of her, and they have a great relationship.

When Dale was asked to talk about Graham, he avoided the topic. He didn’t seem to want to talk about Hazel’s boyfriend. So, it’s unclear whether he approves of her having a boyfriend. In the comments section of the YouTube clip from TLC, a few fans mention Dale potentially disliking the fact that Hazel has a boyfriend.

One fan writes, “I’m sure Uncle Dale is gonna have some thoughts about this.” Another fan jokes, “Uncle Dale and Adam are going to pull a bad boys scene when this boy misbehaves 🤣”

So, what do you think of Hazel’s boyfriend Graham? Do you think the kids are cute together? Share your thoughts in the comments below.

You can watch the video of Hazel Busby and her boyfriend Graham here.