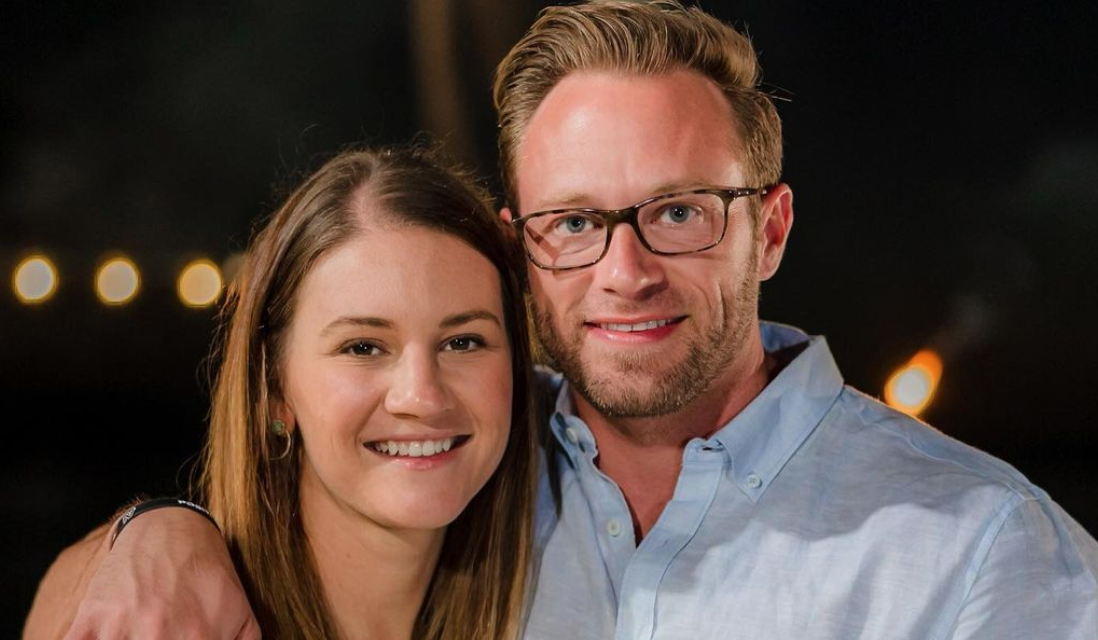 OutDaughtered‘s Adam Busby takes fans along as he investigates a mysterious mess left on their staircase. What was it and which quint is responsible?

The Busby family is back

Being the father of half a dozen daughters isn’t easy, especially when the majority of them are five-year-olds. That’s 10 little hands running around their house causing mischief!

So what are the Quints up to this time?

The Busby family hit the screen once again when their latest season premiered a week ago. And as we know, the family of eight is always pretty busy, whether is house renovations, family vacations, or a Target run. There never seems to be a dull moment.

As TV Shows Ace previously reported the family has been enjoying quality time together. Uncle Dale Mills threw a surprise beach party for the kids and their cousins. The kids also got to go see wild dolphins for the very first time and Parker conquered her fear of riding horses.

It’s been a busy year for the kiddos, so what do they do when they have an evening in with dad? Well of course they create their own adventures!

Adam found what on the stairs?

Adam Busby hopped on his Instagram Stories to share what his sneaky girls have been up to.

He started his video out by saying, “So it never fails every day we come across something in this house that just makes you scratch your head…and this is today’s.”

Adam explains that as he went to sit on the bottom few steps of their family’s staircase he found a surprise!

There were tiny bits of brown kibble on every single step.

He took a closer look and realized it was Beaux’s food! But he knew better than to think the dog was responsible.

Adam Busby immediately knew one of his rascally quints was trying to lure their family pup up the stairs. But, since the food was still everywhere it seems their adorable plan did not work.

After seeing the mess, Adam guesses the culprit is Riley. But he’s unsure as he goes on to confront the girls, who are lounging on the couch in a nearby room.

Which Quint is the culprit?

He then asks the three quints, who is responsible? Two of them immediately say it wasn’t them.

However, Ava gets embarrassed and hides under her blanket. Turns out Adam was wrong this time, the culprit was Ava!

Adam Busby then has his daughter and Beaux both come over to the stairs where they try to get the pup to “clean” up the mess. But, he is not interested. So Ava must go get a cup and clean up her mess piece by piece.

What do you think Ava Busby’s plan to get Beaux upstairs? Let us know what you think in the comments below. Be sure to watch new episodes of OutDaughtered tonight at 8 pm E.T. on TLC.

Be sure to follow us on Instagram @tvshowsace and subscribe to our YouTube channel. And, come back to TV Shows Ace for news on your favorite reality TV stars. There’s a lot to keep up with!