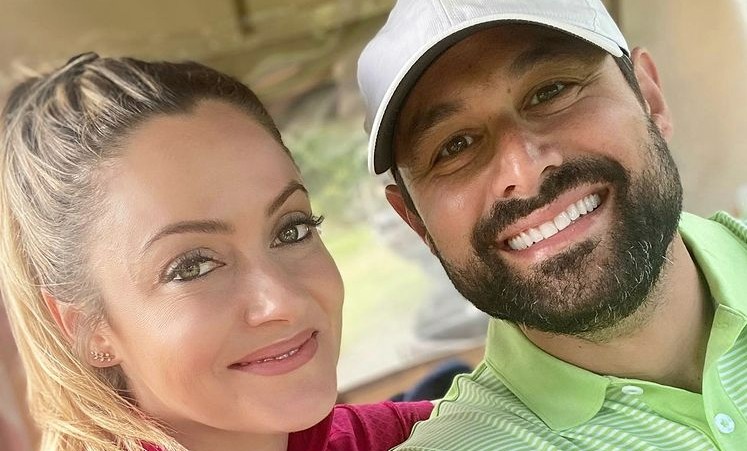 At a time when Bachelor Nation is in turmoil, one couple is still showing the world the process works. Former Bachelor Jason Mesnick and wife Molly Mesnick just celebrated 11 years of wedded bliss. The two met during his season of The Bachelor in 2009. They married in 2010. Now, they are still going strong over a decade later.

Molly went to Instagram to share a special post to Jason on their anniversary. She shared a photo of the two of them facing a big screen at a ball field. Molly is obviously still smitten with Jason Mesnick all these years later. She started her post by sharing some wedding emojis and writing 11 years.

She continued saying, “I don’t know how you do it @jasonmesnick… I am severely type A, my mood changes like the wind, and I am wound up tighter than a {insert whatever is wound up tight 🤣}. Basically, I’m a huge pain in the ass and you have put up with me every single day for 11 years straight. You’re a saint.”

Molly went on to say she counts her lucky stars everyday knowing Jason is hers. She said, “There isn’t enough space or time to even describe all of the wonderful things about you! You’re perfect (…near perfect, you just need to learn how to load the dishwasher better 😜). Cheers to 11 years, my love! 🥰❤️.”

They found love the hard way

Molly wasn’t Jason’s first pick to give his final rose to. Jason first proposed to Melissa Rycroft. They were engaged, but Jason couldn’t quit thinking about Molly. On the After the Final Rose, Jason told Melissa he wanted out of the relationship. He also revealed he wanted Molly to give him another chance.

Little did the world know that Molly had already agreed to be The Bachelorette after Jason sent her home. However, once she knew Jason wanted her back she was quick to forfeit the role.

Jason and Molly dated long distance for several months. Finally, he proposed. He and Molly wed four months later. Jason had son Ty from his first marriage. Then, he and Molly welcomed daughter Riley a few years into their marriage.

They now live a happy life in Seattle. So, while all the craziness is plaguing Bachelor Nation currently, let’s take a minute to celebrate the love between this happy couple. They didn’t take the easy path to each other, but everyone ended up where they were supposed to be.

Happy Anniversary to Jason and Molly.