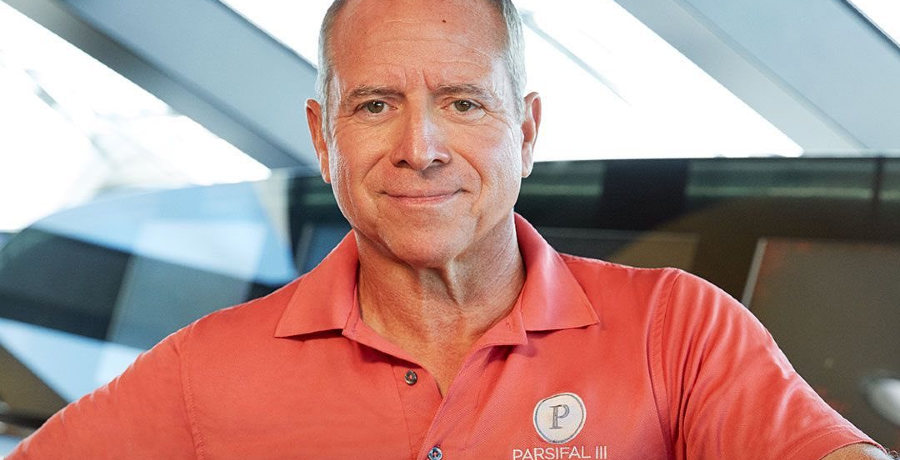 Captain Glenn Shephard shared new details about Season 2 of Below Deck Sailing Yacht. Ahead of tonight’s premiere, he spoke to Betches’ Mention It All podcast hosts about what to expect in the new season. He also shared his dream locations for future seasons and what it was like to film amid the coronavirus pandemic.

That’s right. Below Deck fans will see the new season set sail in the COVID-19 times. This will be a first for Captain Glenn and his crew. They will have to figure out how to tackle the novel virus while taking good of their guests. There are plenty of firsts this season. For instance, the crew will have to remain on the yacht in between charters.

How Captain Glenn got involved with the show

The Below Deck Sailing Yacht Season 2 star revealed how he got involved with the Bravo show. It’s become one of the biggest franchises on the network. And it appears to be growing. Amid the coming season, Below Deck is looking to film in the cold waters. As for Captain Glenn, he hasn’t seen an episode of the show before.

“I don’t spend time in North America much. I don’t get to watch a lot of regular American television,” Glenn said. “I’d heard of it, of course. I think I’d seen a few clips.”

He started a Facebook group for aspiring yachties and captains. At the time, he got over 300,000 followers. When Bravo looked into a new spinoff series, some of his followers brought up his name. The network reached out to him and Glenn recalls saying, “Yeah, I can help definitely help you find a boat, but what about [my boat] Parsifal Ill?” Bravo said it “would be perfect” for the show.

“Plenty of drama” coming to Below Deck Sailing Yacht

Season 2 of Below Deck Sailing Yacht is sure to be one of its most dramatic yet. Fans are hoping that this season will deliver after a lackluster debut. The first season centered around chief stew Jenna MacGillivray and her relationship with Chef Adam Glick. There was also a love triangle between Georgia, Paget Berry, and

But Glenn said this crew will deliver on the drama. And it’s not uncommon to have drama in yachting, with or without cameras around.

“I’ve seen it all. I’ve seen chefs throw computers down the hallway. Like anywhere, there’s always gonna be frustration and conflict and acting out,” Glenn explained. “It’s not always like that, but emotions can get high when you’re living under a lot of stress and pushing hard to achieve a goal.”

He was ready to get an all-new crew for Season 2. He calls them “really good people.” Once he met them, he knew it was going to be a good season. However, that doesn’t mean it’s going to be a boring season.

“Don’t worry. There’s plenty of drama. There’s some romance—some boatmance. More so than the first season,” Glenn said. “There’s a fine line between banter and bickering – [the first season had] too much bickering. This season is more positive but there’s still enough drama.”

Filming amid the pandemic

Captain Glenn said there are “strict protocols” in place. This season, the Below Deck Sailing Yacht crew headed to Croatia. Luckily, it had low reported cases. But the cast, crew, and production team had to take serious precautions.

The additional protocols and sterilization added more tension, of course. But it was the only way that they could carry out the season. Below Deck fans saw what happened when production was shut down at the height of the pandemic. They couldn’t take any risks with this show.

‘Days Of Our Lives’ Two Week Ahead Spoilers: Gabi & Philip Hit The Sheets- Ava & Rafe Kiss
Did ‘Sister Wives’ Christine Brown Defy Kody To Get Ysabel Surgery?
Which ‘OutDaughtered’ Quint Is The Most Nurtured?
Why Are ‘Bringing Up Bates’ Fans Freaking Out Over Carlin’s New Pics?
Courtney Waldrop Shares HUGE Struggle With ‘Sweet Home Sextuplets’ Fans