The end of last week’s episode of 1000-Lb. Sisters had fans concerned for Amy Halterman and her unborn baby boy. Many feared Amy was going into labor a month early. With the knowledge her baby boy is underweight, this is not a good situation for Amy for the baby. The biggest question the end of 1000-Lb. Sisters Season 2, Episode 8 left us with is whether Amy Slaton Halterman was going into labor. Fortunately, we got the answer to that question pretty quickly during tonight’s new episode of the series.

So, did Amy Halterman go into labor during last week’s episode?

After Michael rushes his wife to the hospital, they hook her up to all the necessary monitors. Little Gage can be heard moving around inside of mommy via the monitor as she gives us an update. She explains that the last thing anyone wants is for Gage to come early. She’s a high-risk pregnancy as it is. And, he’s underweight right now. So, it would be best for him to come into the world as close as he can to his due date.

Amy reassures fans that while she is in a lot of pain, both she and the baby are fine. The hospital admits there is not much they can do for the amount of pain she is in. But, everything is looking good.

Moreover, it sounds like the hospital is more or less putting her on bed rest until she gives birth. Amy explains the doctors are concerned she’ll overwork her body and go into labor prematurely. And, that would not be good for little Gage. So, Amy will take it easy until she gives birth.

Michael takes his wife back home

A relieved Michael takes his wife Amy back home to a worried Tammy. Tonight’s episode kicks off when Tammy talking about what’s going on with her sister. It is clear Tammy is terrified of what might happen to her sister because of this high-risk family. Despite how much they fight… And, the names they call each other. It is clear Amy and Tammy really love each other. 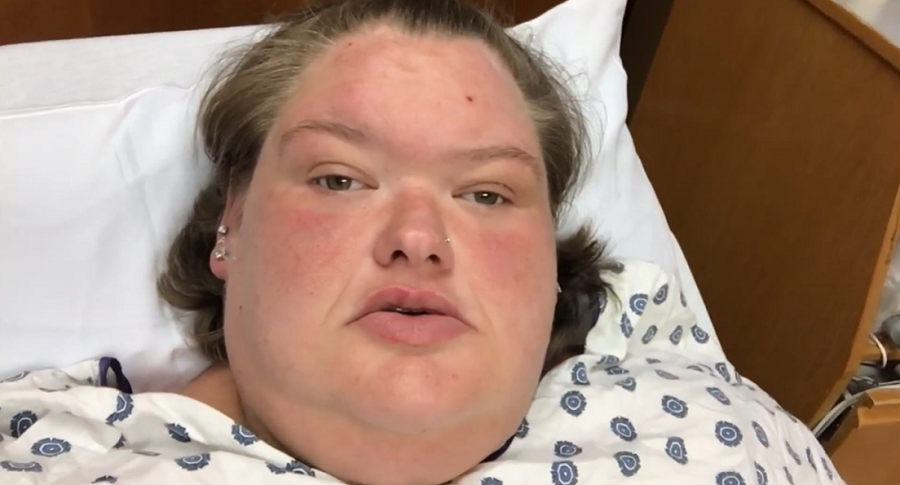 While Amy Halterman and Michael are definitely ready to see their baby boy. They were happy he wasn’t making his way into the world prematurely at this point in the episode.