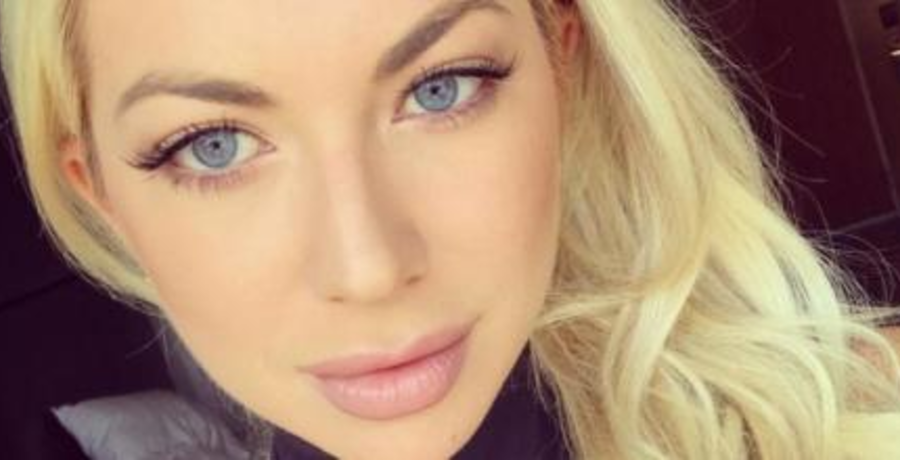 Stassi Schroeder shared her “OOTD.” But it has a story behind it. The Vanderpump Rules star admitted that she’s struggling with body issues. On Saturday, February 27, Stassi posted the selfie to her Instagram feed. The 32-year-old “thought it would be way easier to bounce back” after giving birth to her daughter, Hartford Charlie Rose.

Early last month, Stassi and Beau welcomed their first child together. Since then, the couple has been sharing a lot of photos and videos of their little one on their respective Instagram accounts. Stassi wants to get back to her old self now that her pregnancy is over. But she’s been having a hard time.

The former Bravo star kept her weekend look simple. Stassi Schroeder wore a black oversized shirt with dark denim skinny jeans. She paired the look nude Chanel slingbacks that feature a black square toe. The reality star was frustrated that her regular jeans don’t fit, as per Us Weekly.

“1st postpartum OOTD- I don’t know who needs to hear this but it’s been 7 weeks since I gave birth and my maternity jeans are still the only ones that fit me,” Stassi started off her lengthy caption. “I’m also wearing Spanx to hold in what looks like a 4-month pregnant belly.”

The Next Level Basic author often wishes she could get back to her “pre-pregnant body” almost overnight. Stassi also admits that it’s also “f***ed up” that she’s “so obsessed with bouncing back” when she just gave birth a month ago. On January 7, Stassi gave birth to her first child. She revealed that her body issues “consume my thoughts about 97% of the day, and it is a major hole I struggle to dig myself out of.”

She has received advice from some of her followers. They advised her to give herself some grace, but Stassi says she doesn’t know how. She feels bad for complaining about her body when she “was given the most perfect baby.” Stassi didn’t want to sound so vain, but she’s grateful that “lord shirt jackets are in.”

Stassi Schroeder is also grateful that she can fit into her shoes again. That was one of the things she noticed during her pregnancy. Regardless, the television personality got a lot of support from her followers and friends, including friend and former co-star Katie Maloney.

The Real Housewives of Dallas star Stephanie Hollman gave the “Straight Up With Stassi” podcast host some advice. She started by saying: “You look beautiful.” The mom of two then added: “Give yourself a break because it takes time to feel like yourself again. Just enjoy this moment with your sweet girl because it goes by so fast.”

Earlier this month, Stassi was feeling positive about motherhood. She previously wrote on Instagram that she feels “lucky” to have her baby girl. Stassi also joked that her daughter should stop growing up so fast. She revealed that baby Hartford is “chill, curious, makes the cutest judgy AF face, and loves morning baby massages.”

But motherhood also has its downsides. Stassi recently admitted her struggles with breastfeeding. On Sunday, January 31, she shared a selfie of herself trying to produce milk. While she has been eating oatmeal “every day,” “drinking all the water in the world,” and taking breast-feeding pills, it hasn’t worked. So, Stassi asked for help on which pumps produce more milk. She captioned the shot: “Postpartum life.”

Check back with TV Shows Ace for the latest news on Stassi Schroeder.