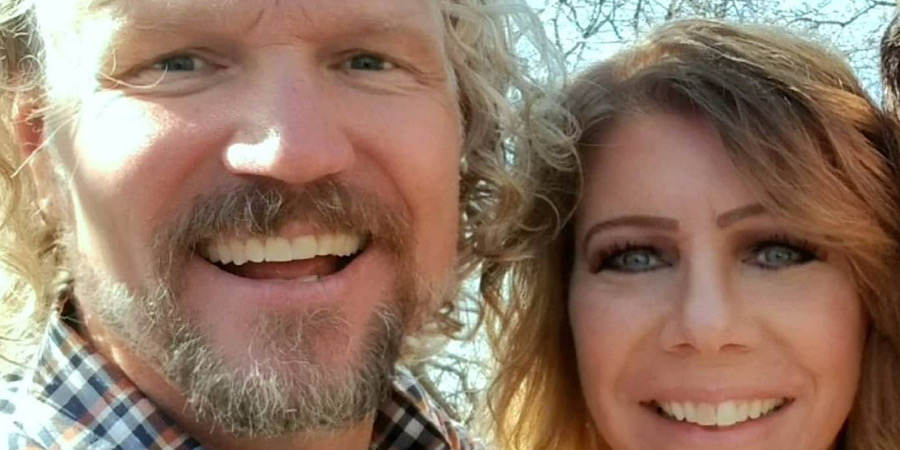 Last week on Sister Wives, Kody and his wives traveled to Utah to visit their friends, the Dargers. But just prepping to go away together was a chore. It felt like no one wanted to go in one car and Kody was losing his mind. For Christine, it was not necessary to travel from Flagstaff to Utah. This could have been a simple phone call but Kody missed having a plural family to chat with. They reminisced about how their lifestyle is still a crime so it was hard to be somewhere where they are so unwanted. Still, the divide is even more prominent now with Kody and the wives than ever before.

Mariah and Audrey Join the Sister Wives in Flagstaff

Despite what their faith believes about same-sex marriage, the Brown family has been very accepting of Mariah. The last time she and her partner, Audrey were in town was when they announced their engagement. Now they have returned to Meri’s for a visit. They have some news to share but Kody and Janelle are out of town so they will be missing out.

Currently, the couple lives in Chicago but they announced they are moving to Utah. It makes sense for them to move there since it is where they both grew up. Plus, Mariah has not seen her siblings in almost a year so it just feels way too long. It will be within the next six months as Mariah will finish the semester and then transfer to a school in Utah. They will also get married there, as well. Family is playing a huge part in this whole decision as they also want to start a family.

Mariah is very close to her siblings and always has been. For Christine, she was close to her older siblings but she has one who is in her twenties. Meri had a sister who was two when she got married so she really respects the choices her daughter is making. Audrey never felt at home in Chicago and she admits that. Meri knows Kody will be over the moon about this because he lives for his kids but she is happy Mariah got to experience Chicago.

It is Christine’s turn to have the family over as she has some news. Kody and the other wives will be joining her as she has a bomb to drop. But she prefaces it by saying it is great news and it involves her Las Vegas home. She shares she got an offer on the home and Janelle cannot understand why it took so long. It was the first one on the market and the last one to sell. Usually, these meetings meant someone was pregnant but Christine assures her the kitchen is closed. Christine says she does not think Kody will ever be done having kids but they won’t be from her.

The offer is a lot less than Christine wanted but it’s cash and this gives finality to their lives in Vegas. Robyn admits she misses her home there like crazy. It still does not feel right yet. Kody says his first trip back to their home in Lehigh, Utah after they fled to put the family dog down was extremely hard. He finally owned how he felt having to abandon his life and start living in individual homes.

Since moving to Flagstaff, Kody has not felt right about his life with his wives at all. Christine has yet to tell the kids about the Vegas home because she knows what questions will come. They will want to know when Coyote Pass will start getting built on. Kody wants to avoid this at all costs. The wives are ready and raring to go. Robyn says he is good at the beginning but falls flat at the execution and Janelle agrees. Kody says he never has time to finish and Christine is the same. Meri is a finisher as is Robyn.

Kody’s idea is to build seven lots. He wants to have the main four then three for rentals or for the kids. His main idea behind this is to stall. Robyn does not believe it would be right if one of the wives were to start it. She thinks Kody needs to be the starter. He is starting to feel he should just turn it over to them because the problem could be him. Kody adds he does not have the money to start building which bums the wives out but Robyn says this is creating problems in the family. Meri thinks they should wait a few months through the holidays.

He admits there are days where he feels they should just sell Coyote Pass and be done with it all. Robyn has asked Meri and Kody to join her on the land. She has always tried to play mediator, so to speak but there are so many deep-rooted issues within. There is a lot of jealousy and if Kody is not spending enough time with each wife, there are more questions. Living apart is better and easier in some ways but it has hurt the dynamic.

Kody admits he does not care about leading the family anymore. He does not want to gather his family anymore and it is easier to work with one wife and family at a time. And then it flashes back to a therapy session between Kody and Meri that is all too revealing.

Kody and Meri- Dead and Buried In The Trees

Two months prior, Kody and Meri had gone back to Las Vegas to see their therapist, Nancy. In a nutshell, it was revealed that their marriage was dead. Kody said they are married but are not acting married and they are just acting amicably. He feels that he is carrying the burden of their relationship and has not put effort into this situation. Why? Because he has three other wives who care and he has kids who need him. He notes if they really wanted to be together, they would.

Again, Kody says he wants to sell the property. He is over the stress of all of it and senses the wife can feel it. They go to where Meri’s home should be going. There is a lot of bickering about her not building in the trees but not a clear reason for her location. He does not communicate properly. She wanted to be on the pond but they may not have the title to the pond so this is just a mess. He cannot understand what the issue is but he is the problem.

Kody thinks the wives like their autonomy. This freedom makes them happy. As for Kody and Meri, it is impacting the whole dynamic. Robyn helps make the relationship comfortable and wants them to succeed. Next week, the family travels to Utah to help plan Audrey and Mariah’s wedding. Meanwhile, something shady is going on between Christine and Robyn. Sister Wives airs Sundays on TLC and discovery+.