Season 1 of Netflix’s Ginny & Georgia introduces Georgia to three potential love interests — Paul, Joe, and Zion. Are you team Paul, team Joe, or team Zion? What is the general consensus of Netflix subscribers on who Georgia should settle down with? We were curious too. So, let’s get to know these three characters a little better. And, see what fans think of these potential love interests.

You might recognize Scott Porter from Friday Night Lights. He played the role of a high school football star. Now, 15 years later, he has stepped into a role as mayor of Wellsbury. Georgia sets her sights on Mayor Paul Randolph early on in the series. After all, doesn’t get much better than being the girlfriend of the mayor, right? And, she’s all about climbing to the top. Likewise, she needed a job. And, a job that controlled the city’s money sounded pretty good.

Paul is a character that seems to grow on you. At first, he seems like this “nice guy” that Georgia is taking advantage of. He, however, is really good to her kids. He helps Austin. And, he bails Ginny out of jail when her mother abandons her. The series comes to a close with him becoming mayor and confirming his engagement to Georgia.  Poor guy doesn’t seem to realize what type of woman he’s getting into bed with.

Zion Miller is technically played by two different actors. But, we’ll just be focusing on the adult version of Zion which is played by Nathan Mitchell. Georgia describes Zion as her “penguin.” It seems like Zion wants to be with Georgia for the long haul. But, she gets cold feet every time. Ginny would love for her parents to be together. But, things never seem to work out.

Being Ginny’s father, this is an ideal love interest for Georgia. And, it is clear there is a lot of chemistry there. But, there is also a lot of history. 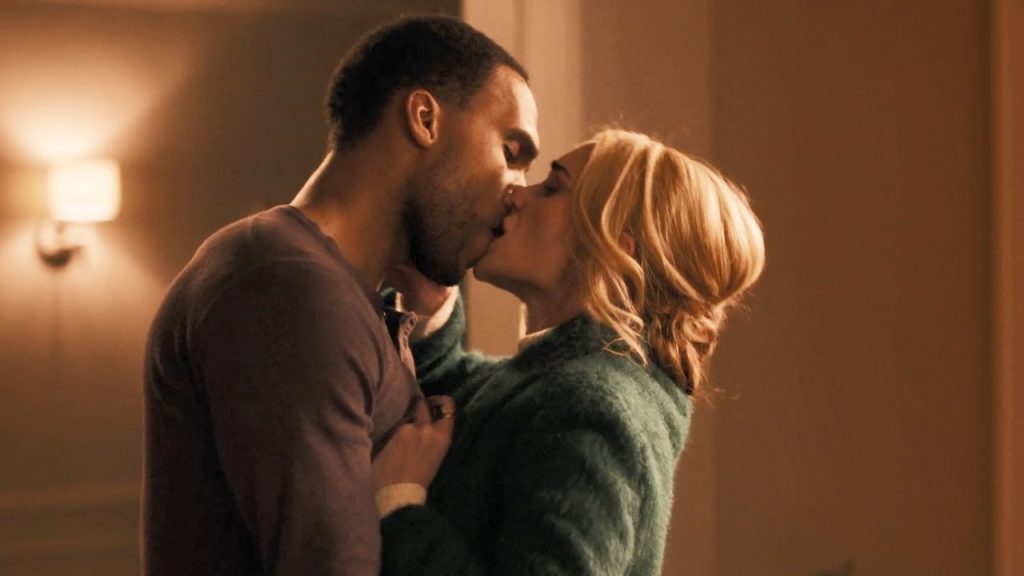 According to Teen Vogue, Gilmore Girls fans have a soft spot for this love interest. Raymond Ablack’s character Joe has a full face of hair and seems to like wearing plaid shirts. This is an adorable character that plays a key role in keeping the town together. Georgia quickly becomes friends with Joe and we later learn it is because they have a history together.

It, however, takes Joe a while to realize she’s the same girl he shared a sandwich with and named one of his horses in honor of.  This potential love interest really didn’t come out in full bloom until the end of Season 1. But, there is a lot of potential there. And, he really seems to care for Georgia’s daughter.

As we’ve mentioned previously, Twitter is the best place to answer these types of questions. So, what are subscribers saying on Twitter about Georgia’s love interests? Well, here’s what they are saying.

Watching Ginny & Georgia on Netflix and JOE is so mesmerizing. I need more Joe in my life. Goodbye my boyfriend, hello Joe. pic.twitter.com/10zWegZhLb

I just started watching Ginny & Georgia and if Georgia doesn’t end up with Joe, I will never be be happy. Joe is literally perfect

Unfortunately for Paul and Zion, most Netflix subscribers on Twitter seem to be in agreement with being Team Joe. The question is simple really: which love interest team are you on for Georgia?

‘Storage Wars’ Brandi Passante 2021 Net Worth Revealed!!!
‘The Circle’: Chris Sapphire Gets Flirty With Savannah Palacio
Does Janelle Brown Believes Her Family Was Destined To Be Together?
Max Schenzel Has A New GF But There’s Already Drama – See Photos
Josie Bates Opens Up About Scary Health Condition During Pregnancy