Marcus Baker (Felix Mallard) is one of the first people Ginny meets her age after arriving in Wellsbury. Initially, he gives off some serious bad boy vibes. He pretty much solidifies those vibes when he climbs in her window one night early on in the series and becomes intimate with her. The scene seriously leaves fans scratching their heads as to why Ginny got with Marcus so early on in the series.

As the Season 1 of the series progresses, he gives Ginny some pretty mixed signals. Moreover, there’s the fact that he has what seems to be a girlfriend. His “girlfriend” insists they are hooking up with no real relationship or commitment. He, however, later reveals he’s never actually been intimate with anyone. Turns out, he was a virgin when he got with Ginny early on in Season 1. He just played it up because he wanted her to think he was cool.

This relationship is difficult for a few different reasons. For starters, Marcus is her best friend’s twin brother. And, that is a boundary she probably shouldn’t cross without talking to Max first. Though, Marcus argues he met Ginny first. And, it isn’t really his twin’s place to control the situation. 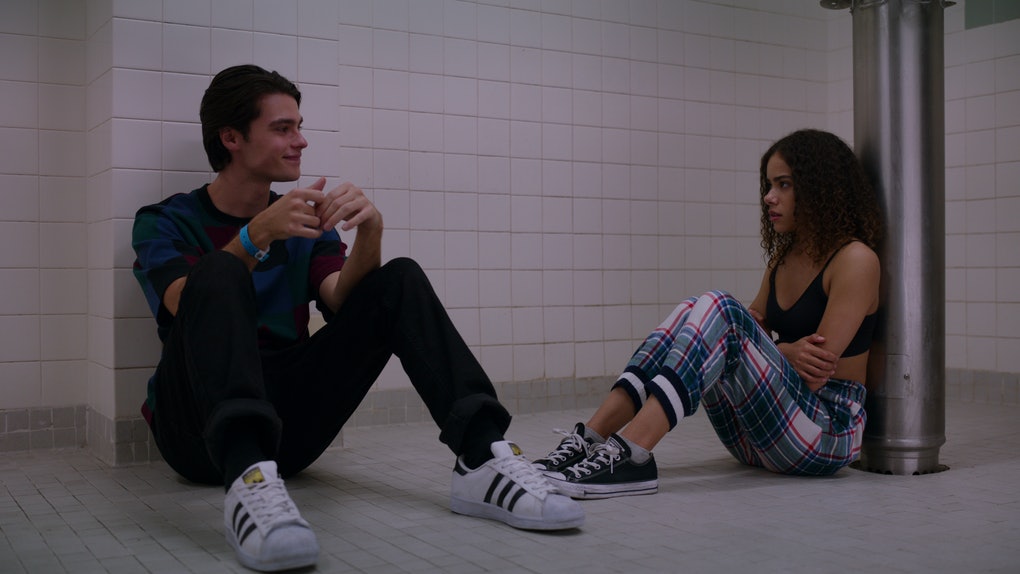 He’s sarcastic, sardonic, he’s an outsider. He has a lot of barriers up because he doesn’t really trust the world or himself … As soon as he sees Ginny, he sees this anchor.”

Marcus also knows Ginny’s darkest secret. That she burns herself with a lighter to find release from her pain and overbearing emotions. Marcus once walked in on Ginny in the act. And, he understands these feelings because he once considered suicide. He, however, cares about her.

Mason Temple is an actor you may not recognize as this is his big breakout title. Technically, Hunter Chen becomes Ginny’s boyfriend. He’s described as the sweet hot guy that’s smart and a good person. He wrote her a love song and he tapdanced for her in the middle of the school. Unfortunately, Hunter is the nice guy. And doesn’t have the same intense pull as Marcus with the bad boy vibes. 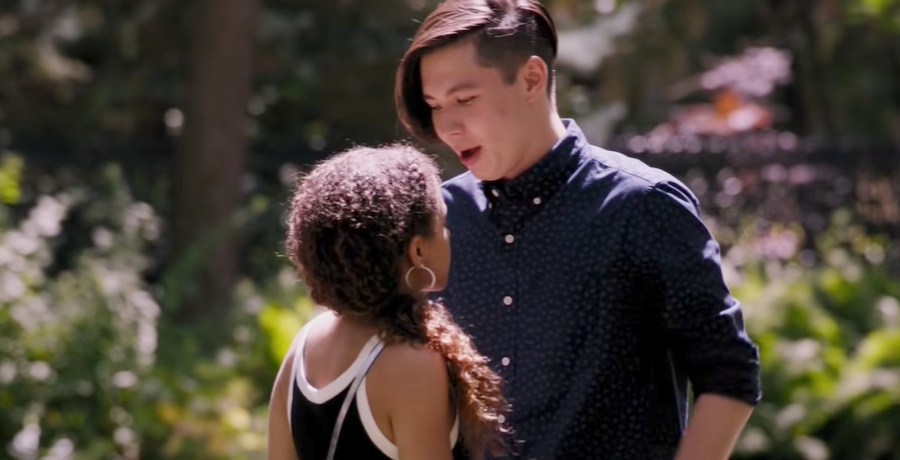 Marcus, however, is quick to argue Hunter just doesn’t know Ginny as well as he does. And, that might be true. Hunter was not in on Ginny’s big secret. They got in a fight about oppression because of their races. And they seem to clash over both being pretty intelligent.

Which love interest do subscribers prefer?

Now, it might not matter much whether Ginny & Georgia fans are team Hunter or Team Marcus. Why? Well, because Season 1 pretty much ended with Ginny and Hunter being over. After all, she cheated on him. Considering she is running away from her problems… This might be the end for Ginny and Marcus as well. Still, we took to Twitter to see what fans thought about these two love interests.

I love Marcus and Hunter from Ginny & Georgia, they are both the perfect ideal boyfriends!

Why is Ginny & Georgia forcing Hunter down my throat ? So much “I’m a nice guy” behaviour 🙄

While Hunter is the nice guy that is described as compassionate and hot, subscribers on Twitter say he’s the human form of “ick.” They think he’s attention-seeking. And, they don’t think he’s as good of a boyfriend as the series wants you to believe. Likewise, subscribers actually seem to like Marcus even more than they like Ginny. They think behind all those walls is a really great boyfriend.

Have you checked out Ginny & Georgia on Netflix yet? Are you Team Marcus or Team Hunter? Share your thoughts with us in the comments.

Source Says These Duggar Family Announcements Are Coming Soon
Does ‘Return to Amish’ Jeremiah Raber Finally Find His Father?
‘Below Deck Sailing’: Does Gary Regret Hooking Up With Sydney?
Fans Petition For Netflix To Cut Ties With Colton Underwood
‘The Bold And The Beautiful’ Spoilers: Do Bill and Liam Get Caught?