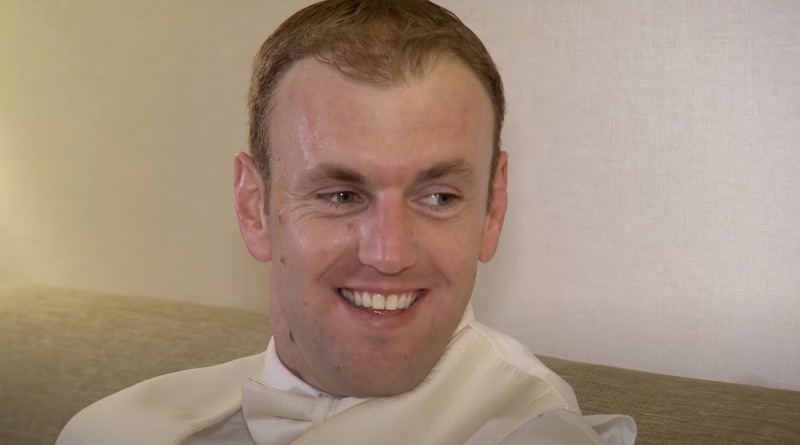 Married at First Sight cast member Doug Hehner shared an adorable first for his son, Hendrix Hehner. Jamie Otis and her son recently ditched the cold temperature up north for the sand and sun in Florida – and they both seem to enjoy soaking up the heat now that the family is back together.

Married at First Sight: Doug Hehner Takes His Son to the Beach

Doug Hehner recently shared a cute update with his son at the beach. According to the Unfiltered host’s husband, this was his son’s very first swim in the ocean. And based on how things went for the little guy, his father said that he “loved every minute of it.”

Even though Married at First Sight pair Jamie Otis and Doug Hehner were on Season One of the show in New York, they recently bought a home in Florida. And they certainly seem to have adapted to the way of life there. And judging by the way Hendrix took to the water, he seems to like it there as well.

Married at First Sight dad Doug Hehner added that the beach was such a big part of his life growing up on the Jersey shore. And it seems he wants to introduce his children to something similar in Florida. Doug Hehner joked that it wouldn’t be long before Hendrix picks up a surfboard.

Doug Hehner told his followers that he was a lifeguard for more than 12 years. And that taking his kids to the beach is something he has always wanted to do. Jamie Otis’ Lifetime husband added that he wants to teach his children how to bodysurf and be in the water. And more importantly, he wants to teach them to “respect the ocean.”

Even though Jamie Otis and Doug Hehner are both from up north, they seem to have settled into Florida life rather well. They often enjoy beach days as a family – and it’s fun all around for them and their kids. Doug Hehner added that both of his children get excited when they say the word “beach.” So they seem to have adjusted well to the sand and sun.

Moreover, Doug added that even his Married at First Sight wife is quickly adapting to the beach life. According to Doug, Jamie Otis is becoming a “beach bum.” And the Lifetime hubby loves every minute of it. So it looks like there are good times to be had for all. Particularly as they enjoy the beach life as a family.