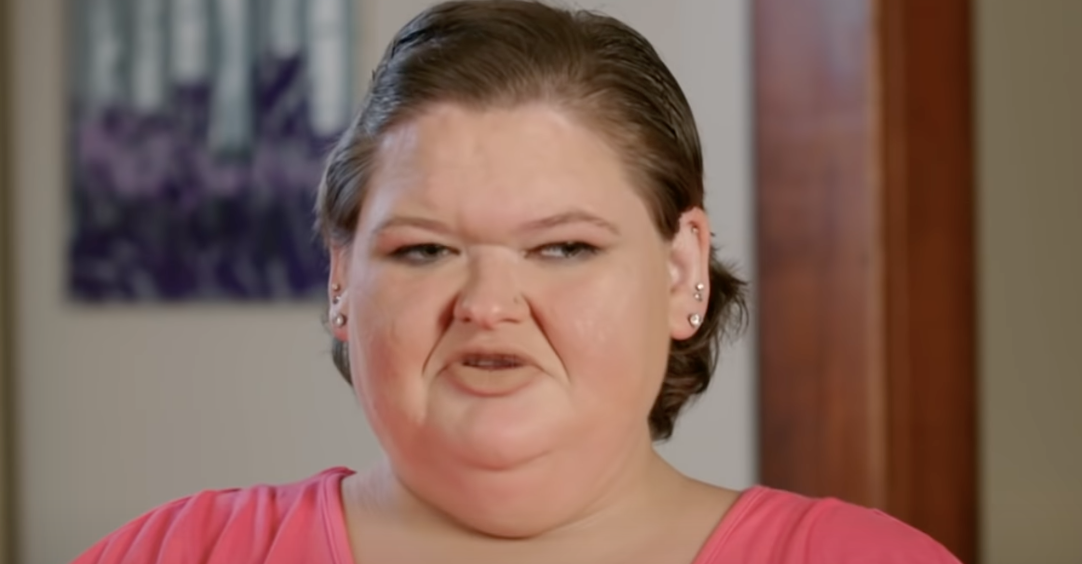 As TV Shows Ace reports, the upcoming episode of TLC’s 1000-Lb. Sisters features Amy Halterman meeting her baby boy. A sneak peek from the episode shows the Slaton sister talking about her son’s birth and calling him a “miracle.” Due to the show’s schedule and Amy’s agreement with TLC, fans have yet to “meet” the baby. So, since he was born in November, fans have been waiting to find out more.

Now, it’s looking like fans will get to watch the baby on the show very soon. After that episode airs, Amy will likely begin sharing photos of her son on social media too. Fans have gotten their hopes up before though. They thought they saw Tammy Slaton holding a baby, but that wasn’t the case.

In the meantime, fans can watch the show and see how the Slaton-Halterman household is preparing for its newest addition.

On YouTube, Amy and Tammy shared a clip from the TLC show. In that clip, the sisters are talking about the baby’s nursery and showing viewers everything they have purchased for the baby. The sisters seem very excited as they look at all of the adorable baby items.

Amy also talks about how she and Michael want to move to a bigger home to have more space for all of the baby’s items. Until then, they seem to be keeping things to a minimum to save space.

Amy says that they strategically placed the baby’s bassinet and other items close to their bedroom so they can wake up with him throughout the night. She says she will be able to hear him from there.

She’s also stocked up on blankets and baby booties since the baby was due in November.

Tammy pulls out an adorable onesie that reads, “My aunt loves me.” Tammy says this is important because the baby needs to know that she loves him.

When Amy talks about the baby butt cream that she bought, her sister jokes about stealing it. Of course, not a moment goes by that these sisters aren’t laughing together.

Amy also asks her viewers to leave anything she forgot to buy in the comments section of her video.

You can watch the nursery tour here.

So, what do you think of the nursery tour? Are you looking forward to “meeting” the baby? Share your thoughts in the comments below.

For the latest on Tammy Slaton and Michael and Amy Slaton, check back with TV Shows Ace.

‘The Little Couple’ Jen Arnold Reveals Rocky Has Replaced Her But With Who?
Everything You Ever Wanted To Know About ‘Temptation Island’ Star Erin Smith
Peter Weber Starting A Podcast & Writing A Children’s Book, What?
Jeremy Vuolo’s ‘Harmful’ Biblical Teachings Exposed In Sermon Clips
‘Chrisley Knows Best’ Todd Slaps At Innocent Fan, Gets Fact-Checked