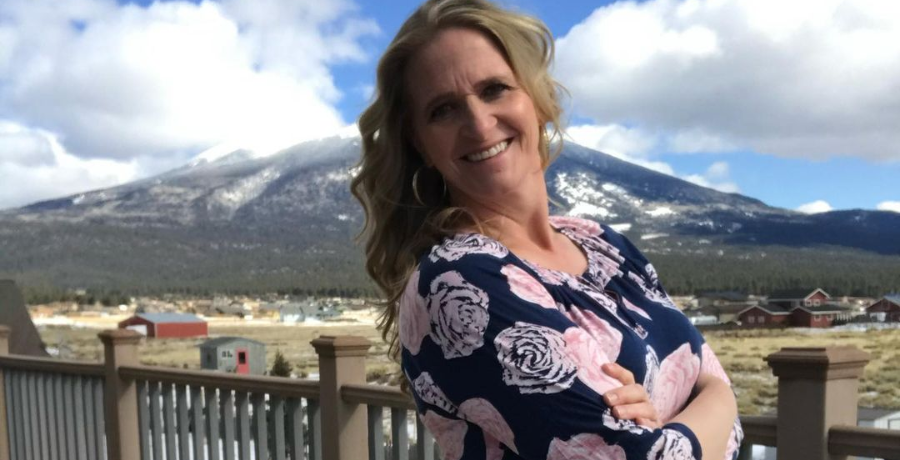 Is there something wrong? The latest season of Sister Wives has everyone questioning plural marriage. Christine is usually supportive of it. But in the Season 15 teaser, she has a sudden outburst. But more details about her emotional reaction will be revealed. Even patriarch Kody Brown admits that he can no longer support polygamy.

Her last Instagram post was two days ago. According to TV Shows Ace, Christine Brown shared a rare moment with Truely. The Sister Wives stars sat together on an oversized bean bag. She watched her daughter play with a game on her phone. In the caption, Christine said they “drove around looking at beautiful homes” and then she “challenged my girls to create a home like the one we saw.” She shared this beautiful mother-daughter moment with her followers.

Other than that, she’s not as active on social media like she used to be. Last season, she was active on Twitter. She would live-tweet each episode and engage with fans. However, that hasn’t been the case this season. Christine’s last tweet was on April 2020. She has also slowed down the updates on Instagram. Christine would update almost daily. Fans are starting to wonder if Christine is just disengaged with her marriage and the reality show in general.

Would she leave the Sister Wives behind?

Sister Wives fans are wondering if Christine Brown would leave Kody Brown. That means she would turn her back on the Brown family and reality TV show. Over the years, fans have wondered if any of the wives are willingly able to leave their husbands if they wanted to. While they have free will, none of them have made the bold move, even Meri Brown. Some fans fear that the wives don’t really have an option since their lives are built around plural marriage.

But that might not be the case for Christine. The mother of six comes from a family of polygamists, and most of them have left the plural left behind. For example, Christine’s mother left her plural marriage behind. Also, her aunt, Kristyn Decker, left the lifestyle behind and has spoken out about her decision. Christine also has a long series of cousins who stepped away from polygamous marriages. If she wanted to leave, she would have already made that decision.

What are your thoughts? Do you agree that Christine has gotten quiet on social media? What do you make of it? Sound off below in the comments.