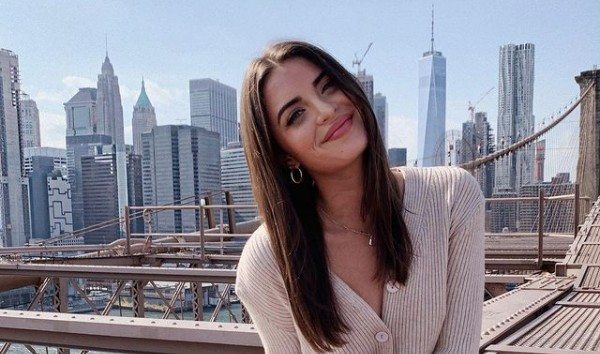 When the going gets tough most people can count on their family to have their back. This is especially true for Bachelor contestant Rachael Kirkconnell. The Georgia native has one important person supporting her throughout the racism accusations she’s been facing. Her mom, Kim Kirkconnell, speaks out often about the situation surrounding her daughter. This week, Rachael shared another post with followers asking fans to not defend her. She is practicing being accountable for her past actions and understands it has hurt and offended many. Following her emotional post, Kim spoke out again about how her daughter is feeling.

Kim Kirkconnell spoke exclusively with The Sun regarding how her daughter is feeling. She defended her daughter saying once again that Rachael is not a racist. Kim said, “No one should have to go through what she has been through.” She also said the controversial photo of Rachael was called a Southern Belle Party and not the Old South Antebellum Party it’s been deemed.

Kim didn’t stop there with her defense for her daughter. She also said Rachael has Latino roots from her father. And, Kim also said before being cast on the show, Rachael vocally supported Black Lives Matter.

The alleged antebellum party pics are not the only racist actions Rachael is accused of. When The Bachelor season began airing a TikTok user slammed Rachael for past bullying. Maddy Bierster accused Rachael Kirkconnell of bullying her in school for dating Black boys. Rachael’s mom says that is absolutely not true. She insists the two girls didn’t even go to the same school together. In fact, the Kirkconnell family is considering legal action against Maddy for starting the horrible rumor.

Kim Kirkconnell responds to Matt James statement on the situation

Earlier, Matt James finally made a statement about Rachael and Chris Harrison. He expressed extreme disappointment with them both. Kim said of the statement, “We will never be able to understand how he feels about this situation as a black man. We respect his stance on the situation.” She continued, “We have seen the devastation and heartbreak this has caused for Rachael.”

Kim also said,  “This isn’t about winning a show. This was about finding love with Matt.” Right now Rachael is in the final three as Matt’s season continues to play out.

She went on to say Rachael wants to prove to Matt and the world she has changed. Kim said, “We feel that the situation has gotten even more out of hand due to this.  She has been suffering the consequences.”

Kim said, “Rachael has felt hopeless and frustrated about not being able to address the issue and speak her side.”

Kim also addressed the party Rachael was slammed for attending. She said once Rachael realized there were racial undertones involved with the group she parted ways with them.

As for the party, Kim said, “The formal was a trip to the beach. Before they left for the beach, they took pictures in a garden wearing Southern Belle dresses.” She continued saying,  “The event made no references to the Civil War, the word antebellum was never used to describe the event, no confederate flags were present, and no confederate outfits were worn. They did not party on a plantation in the dresses. They took some pictures, changed, and went to the beach.”

Her mom went on saying Rachael left the sorority the same year the party took place.  She did not share their beliefs. Over the summer Rachael took it upon herself to support racial injustice to include posting, signing petitions etc. However, her mom remains discouraged that nobody has acknowledged her anti-racism efforts. Everyone continues to focus on the racist parts that were not even intentional.