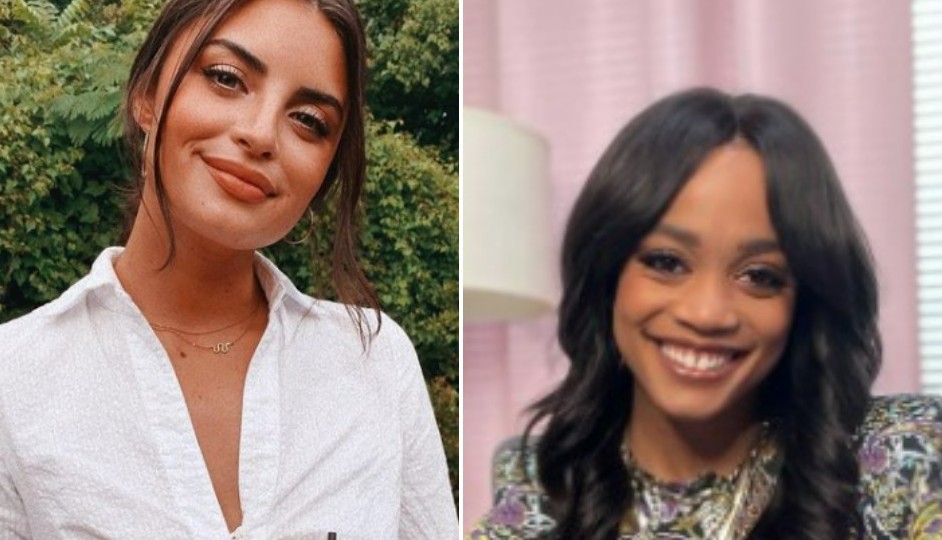 Things just seem to get worse with the controversy surrounding Bachelor Nation. Yesterday, Rachel Lindsay had enough and deleted her Instagram. She was reportedly receiving hate messages from many around her because of the racism controversy. Many are blaming her for Chris Harrison stepping down as host of The Bachelor: After the Final Rose. Fellow Bachelor alums have spoken out supporting Rachel to include Nick Viall and Becca Kufrin. Now, Rachael Kirkconnell who is at the center of the controversy is also speaking out.

Rachael Kirkconnell went to Instagram Saturday to speak out in support of Rachel Lindsay. Rachel has been the subject of much hate. In fact, Rachel reportedly received an offer to host After the Final Rose and turned it down. Hateful words caused her to deactivate her Instagram account. Rachael remains the main reason why the controversy became so heated during Matt James season. She faces accusations of past racist actions. This includes attending an Old South Antebellum Ball.

Rachael went to Instagram and said people have the opportunity to do the right thing in situations like this. She also encouraged everyone to make a positive difference. Rachael also said to “use your energy towards change.” Rachael went on saying, “If you are choosing to rather spread hate, to send cruel, vicious messages, to be mad about people being hurt by racism…do better.”

She also said, “Rachel Lindsay and other BIPOC have called for myself and others to be held accountable. This is needed, and she does not deserve the hate she is receiving. Recognize that she along with every person you send hateful messages to, are human.”

She continued saying they are real people and Rachel should not have to disable her account due to toxic messages. She concluded by asking those with all this hate to find what is fueling it and fix it. 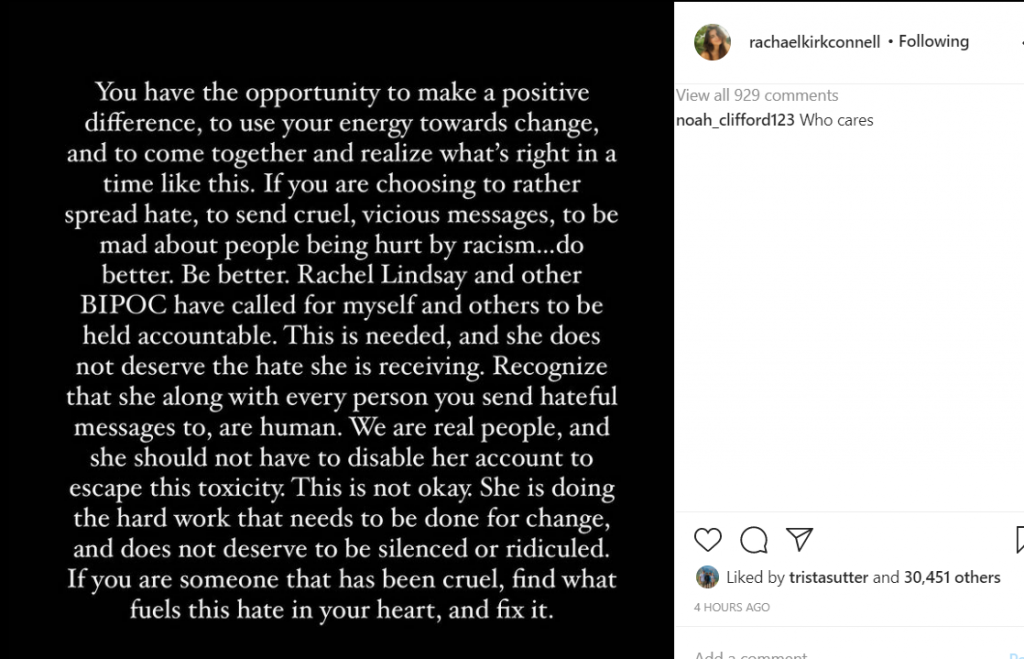 Rachael spoke earlier this week as well. She shared that she is trying to move towards change. And, Rachael shared multiple resources for those wishing to go on her journey towards anti-racism. In her long video message, Rachael also asked those defending her to please stop. She is taking accountability for her past actions and does not deserve mercy from those around her. She realizes her actions have caused a lot of hurt to many people.

Matt James has also spoken out saying he is disappointed with her and Chris Harrison.

What do you think about Rachael defending Rachel Lindsay?