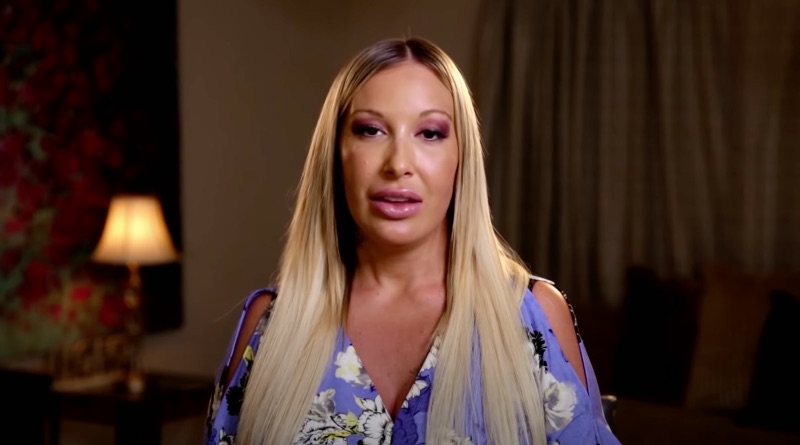 Love After Lockup cast member Lacey Whitlow recently dished on her baby daddy. Even though she is with Shane Whitlow now, viewers wonder about the father of her other kids. And she recently shed some light on that situation.

Ever since Lacey Whitlow’s first season of Love After Lockup with John Slater and Shane Whitlow, viewers wondered about the father of her children. Lacey has children from a previous relationship. And even though the focus lately has been on the baby on the way she has with Shane Whitlow, many viewers wonder about the other father of her children.

Meanwhile, Lacey Whitlow recently came clean to her Love After Lockup followers about her past. And she revealed that her previous baby daddy is currently behind bars. Also, she has a type when it comes to an attraction to felons. And she keeps that going currently with Shane Whitlow as well.

Lacey Dishes on Her Ex

Love After Lockup cast member Lacey Whitlow recently shared a revealing post with her followers. In it, she revealed the identity of her baby daddy – along with details on him from a criminal database. Turns out he is currently in jail. And he faces up to 10 years in the clink.

Meanwhile, the minimum amount of time the Love After Lockup baby daddy needs to serve is seven years and six months. Also, he began serving time in 2019. And because of that, his projected release date isn’t until 2026. Shane Whitlow worried about things like John Slater being in the picture while he tried to build a life with Lacey. But even if her old flame comes back into the picture to see his kids, the father of her children won’t be out for a minimum of a few more years.

Has the Love After Lockup Mom Learned Her Lesson?

Along with spilling details on her former flame, Lacey Whitlow had more to say about him to her Love After Lockup fans. She said that “drugs are bad.” And that they take you away from the people that love you. And for this reason, she said that she couldn’t be with anyone that chooses drugs over “everything.” For a while, it seemed like she might choose John over Shane. But as viewers know, she chose Shane in the end.

Along with that, Lacey Whitlow also acknowledged the bad Love After Lockup decisions she made in the past. But she added that both she and her children are “good” now. Luckily for them, they have Shane Whitlow around to help hold down the fort. And even though Shane isn’t related to Lacey’s children, he has done a good job stepping up and being a father-figure for them. Certainly, that will come in handy when the new bundle of joy arrives.