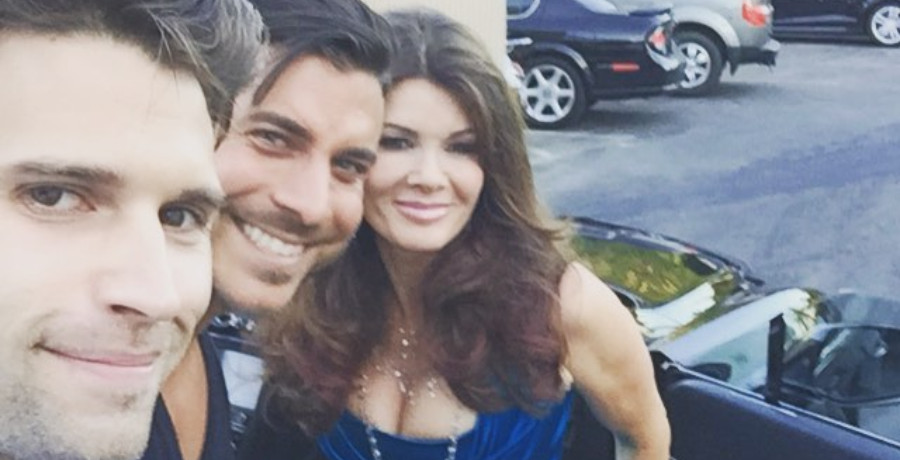 It’s been almost two years since the explosive Season 8 finale of Vanderpump Rules was filmed. By the time the cast reunion rolled around in 2020, the coronavirus pandemic was in full swing. Rather than an in-person reunion, it was done virtually.

All told, Jax Taylor hasn’t seen Lisa Vanderpump since their 2019 confrontation during the season finale. Are they still on good terms?

During his years working at SUR, Jax Taylor was always Lisa Vanderpump’s favorite. She let a lot of his behavior slide. But something he said during the party set Lisa off. The cast gathered to celebrate the one-year anniversary of the TomTom opening.

Throughout Season 8, Jax had been feuding with his former friend Tom Sandoval. It came to a head during the party when they agreed to take a break from their friendship. When Lisa tried to encourage Jax not to throw away the friendship, Jax blurted out that Vanderpump Rules is his show.

Needless to say, Lisa quickly put that idea to bed, correcting him that it was her show. Filming for Season 9 was delayed indefinitely due to the closing of restaurants, including SUR.

But in December of 2020, Jax Taylor announced that he wouldn’t return for another season. His wife Brittany Cartwright also announced her departure. A few months earlier, the couple revealed that they were expecting their first child.

In fact, Brittany is due in just a few weeks. In his statement, Jax said he wants to focus on his family.

Does he still have a friendship with Lisa Vanderpump?

During a recent Instagram Live, Jax gave an update on the status of his friendships with both Tom Sandoval and Lisa Vanderpump. As for Tom and Ariana Madix, Jax hasn’t spoken to them “in a year.” However, he doesn’t hold any ill will toward them.

But according to Jax, there has been a lapse in communication from Lisa Vanderpump and several of the Vanderpump Rules cast members. Per Reality Blurb, Jax said he’s only talked to Lisa Vanderpump “once” since filming ended.

And he’s not the only one. He said on his Instagram Live that Tom Schwartz has also only talked to Lisa once.

It doesn’t sound like Jax will be making more of an effort to get in touch. Regarding Lisa, he said, “Everybody I talk to, nobody’s heard from her. She doesn’t reach out. I’ve done my part. I’ve reached out.”

For those asking about #AllThingsVanderpump, sorry I’ve been on a podcast hiatus for a couple of weeks because I’ve been filming like crazy, writing a book and designing a new restaurant but give me a week or two and I will be back! #staytuned

Jax Taylor Preps to be a Dad

Part of the reason Jax Taylor isn’t making much effort may be because his focus is on becoming a father. Brittany’s due date is in April. They previously announced that they are having a baby boy. Jax recently shared a sweet note to his son.

Bravo has yet to announce when viewers can expect to see Vanderpump Rules back on TV. Follow us on Twitter for the latest TV news.