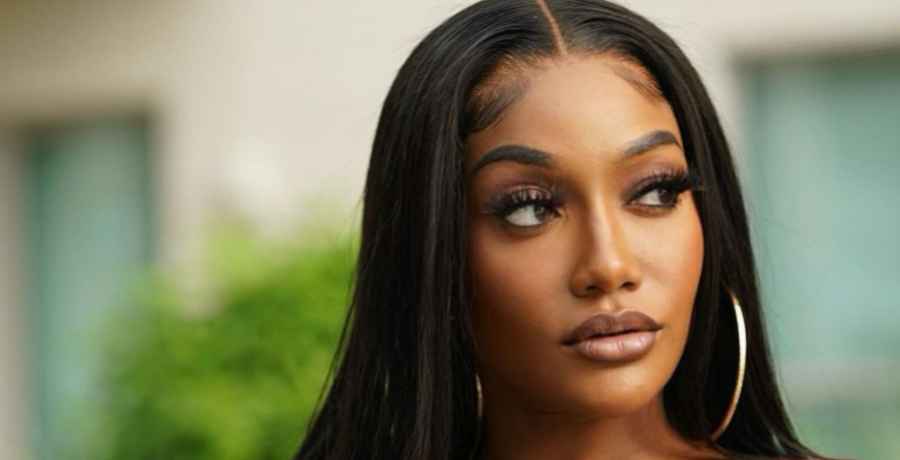 90 Day Fiance alum Brittany Banks has made an announcement on Instagram that she is having a plastic surgery procedure. She posted a pre-surgery pic of herself in Cypress, Texas, asking fans to guess what treatment she is having done. Brittany is the latest TLC reality star to make changes to herself to aid her online career.

Many fans believe Brittany, an aspiring rapper, only starred on 90 Day Fiance to promote her fame. In fact, sources suggest she already had two OnlyFans accounts before even starring on the TLC reality show. When the season ended, Brittany began promoting various brands on her social media. She even managed to get a spot in the 90 Day Fiance spinoff, 90 Day Fiance: The Single Life on discovery+.

Like many beautiful TLC reality stars, Brittany has now started having plastic surgery procedures. She made a post to her Instagram account, showing her dressed in a robe prior to the treatment. In the caption, she asks her fans to guess what kind of plastic surgery she is having.

90 Day Fiance fans already know a number of cast members who have taken the plastic surgery route. Darcey Silva and her twin sister, Stacey, had extensive treatments done. More recently, Larissa Dos Santos Lima spent an amazing $72,000 on a variety of treatments. However, Larissa was fired by TLC after she decided to show off her enhancements on the adult site, Camsoda. She now reveals almost all on her OnlyFans account, making tens of thousands of dollars in the process. Now it seems Brittany is taking the same route.

Banks posted an image taken at Basu Aesthetics and Plastic Surgery in Cypress, Texas. She can be seen clad in a white robe, a headscarf, long white socks and a surgical mask.

While Brittany asked her fans to wish her luck, she also asked them “What do you think I’m having done?” Scrolling through the comments reveals that many fans believe she doesn’t need any form of surgery. However, some did make a guess, writing “Cool sculpting,” “Breast lift,” Lipo/Brazian [sic] butt lift/hips” and “Braces off, or nose job.” Many fans wrote that Brittany certainly doesn’t need a butt lift. However, some did suggest she might want to eliminate her hip dips. Others simply wrote that they can’t wait to see the results.

Unusually for Brittany, she didn’t interact with her fans, despite posing the question. Fans will have to wait to find out exactly what plastic surgery treatment Banks opted for.

Fans can catch Season 8 of 90 Day Fiance on TLC, Sundays at 8 pm ET. They will also be able to watch Brittany on 90 Day Fiance: The Single Life on discovery+ on Sundays.